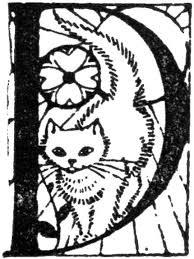 URING HIS FIFTEEN-YEAR REIGN the emperor Domitian was acclaimed imperator XXII separate times.  The first occurred at the camp of the Praetorian Guard just outside of Rome on the day of his brother Titus's death, enabling Domitian to arrive at the Senate House with an army at his back (an event which, in my opinion, soured his relationship with the Senate from that day forward).

Sometime over the course of the next year Domitian received a second acclamation.  Now, it was the army's custom to acclaim the emperor on the battlefield (Gregory S Aldrete, Gestures and Acclamations in Ancient Rome, Baltimore, 1999).  However, Domitian traveled no farther than Alba during his first couple of years as emperor, so either he received another acclamation from the Praetorian Guard, which seems unlikely (in any case, nothing to brag about), or else another legion, outside of Italy, gave him one.  This would suggest that the emperor didn't actually have to be present on the battlefield to receive such an acclamation; the significance of this point will become apparent in a moment.

The remaining XX acclamations occurred over the next thirteen years and were regularly recorded on Domitian's gold and silver coinage.  Here is a denarius, RIC 791, struck near the end of Domitian's life, 95-96 A.D.-- 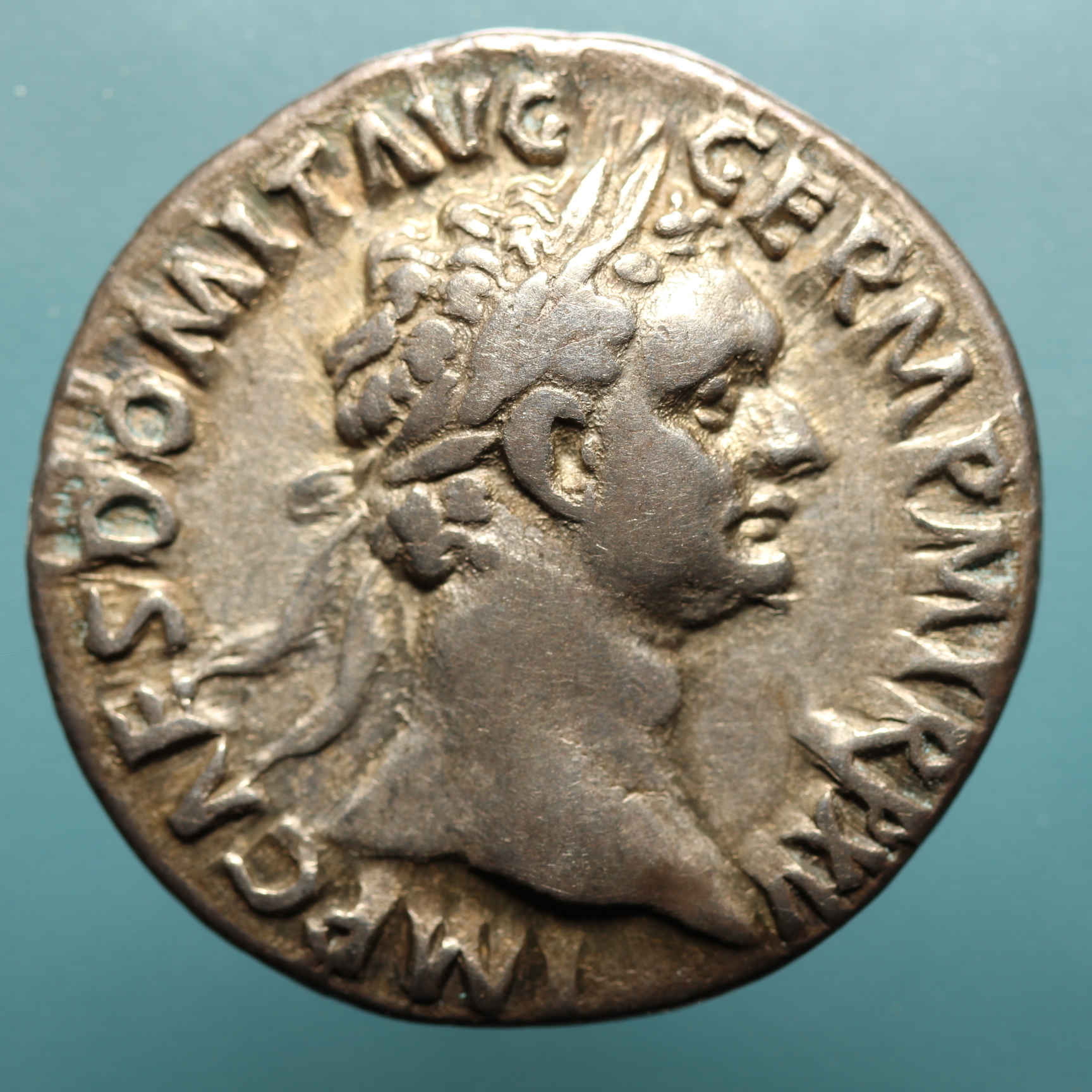 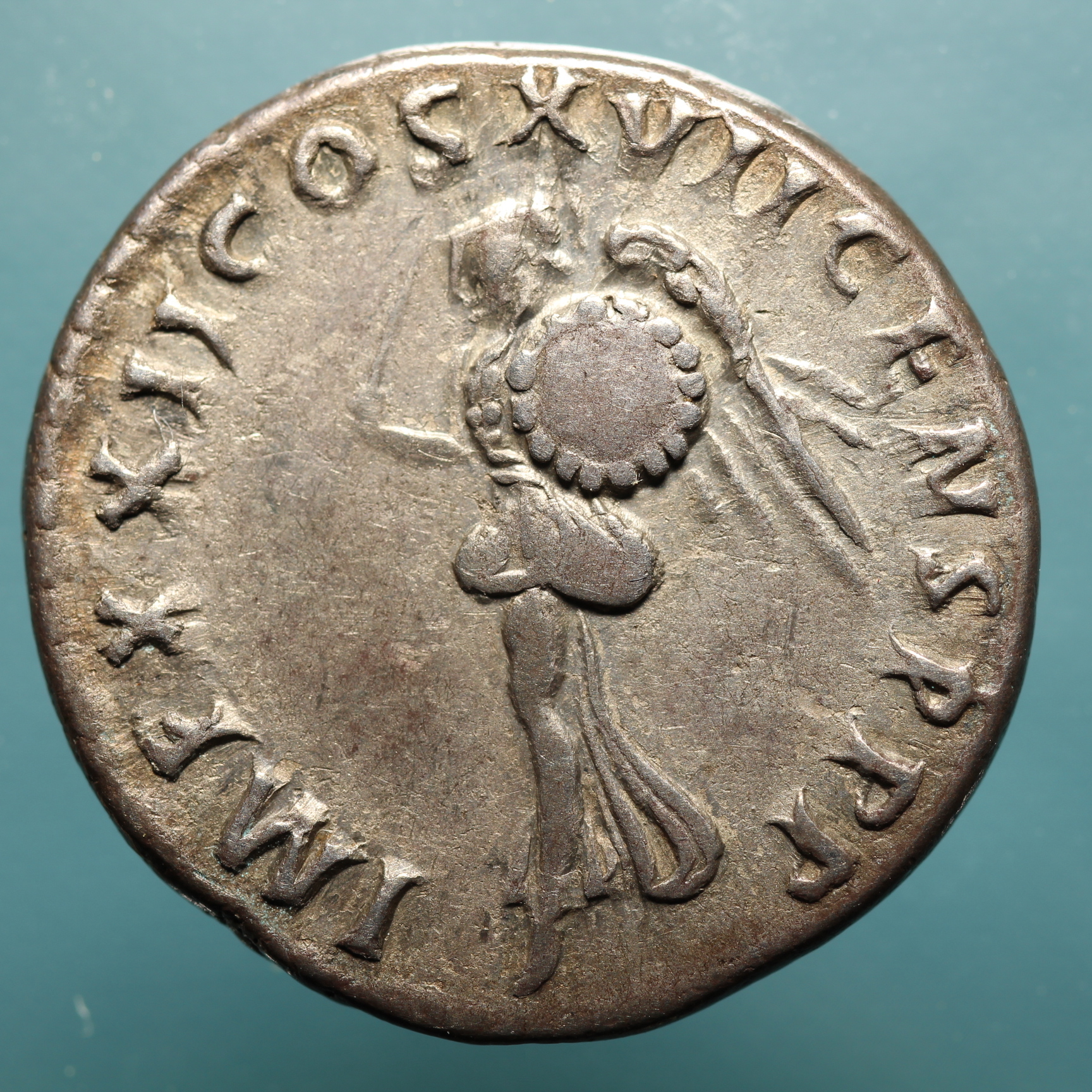 "IMP" on the obverse side of the coin commemorates the Praetorian Guard's original acclamation.  "IMP XXII" on the reverse shows the accumulated instances of military acclamation over a fifteen-year reign.

Presumably all of these acclamations, after the first two, came from armies Domitian led personally, against the Chatti , the Dacians, the Suevi, and the Sarmations, etc.  I don't know this to be true, because I haven't made a study of it myself, but it seems reasonable.

Interestingly, in addition to the northern legions, there was one other legion with personal ties to Domitian--

XXII Imperatorial Acclamations.  So far as we know, this was the official number.  However a coin from the Caesarea mint in the newly-conquered province of Judaea suggests we may be wrong about this.  Here is RPC 2308, struck a little earlier than the previous example, in 92-93 A.D. -- 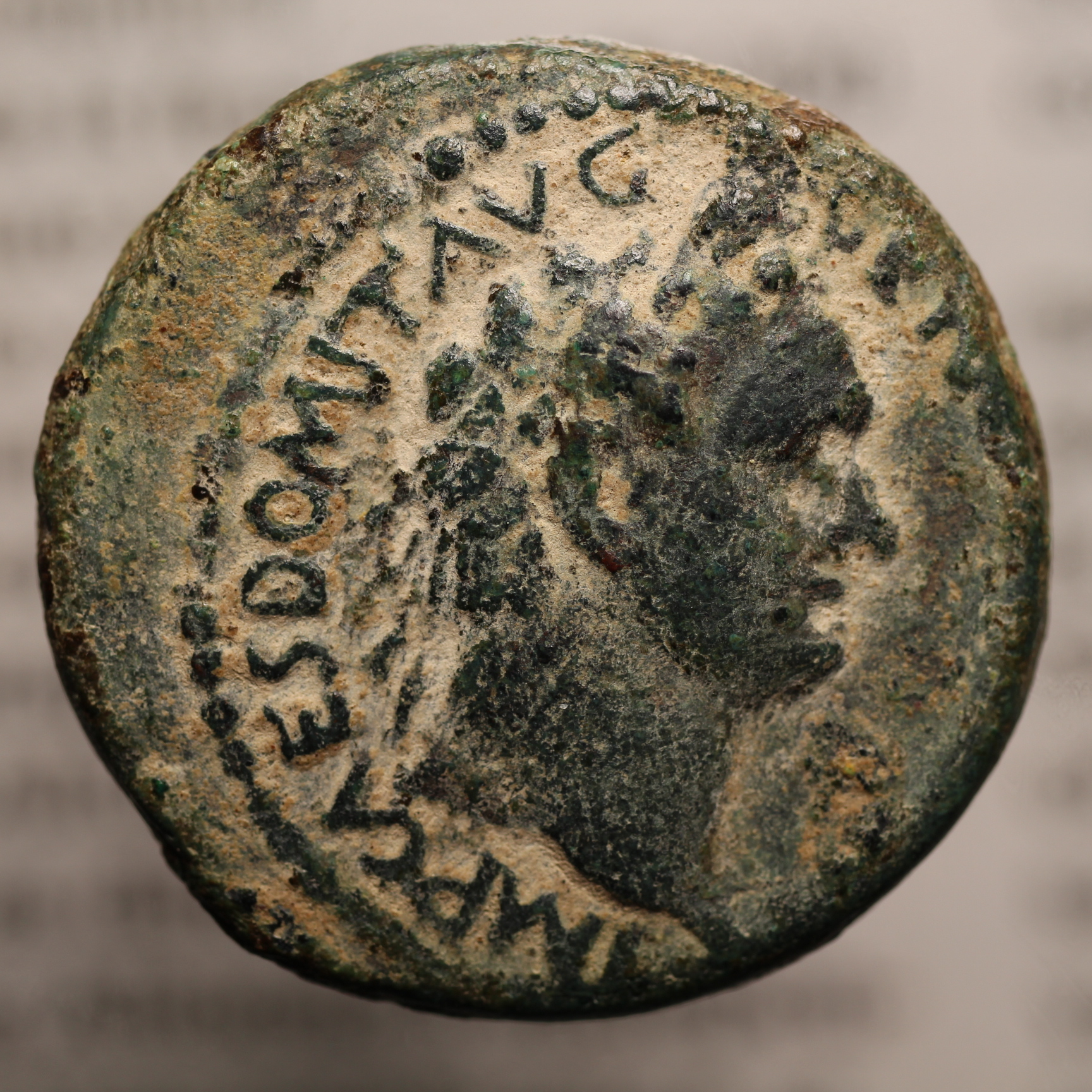 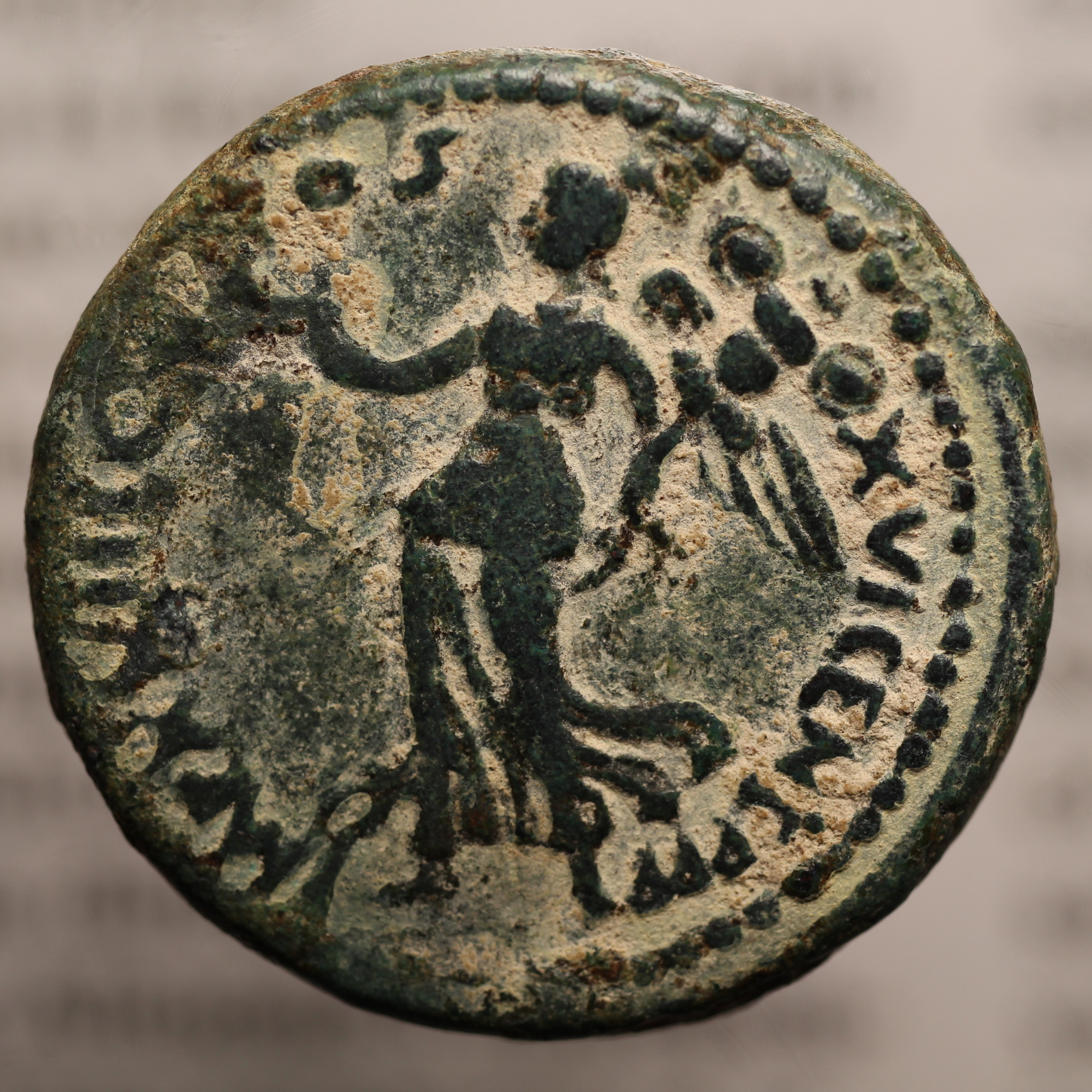 Once again, IMP on the obverse commemorates the Praetorian Guard acclamation.  However the reverse records "IMP XXIII."  What is going on with that!  That can't be right, can it?  XXIII?  Was this a simple mint error?  An extra I, randomly placed?  No it was not.

No it certainly was not!  A coin is a government record.  It is an official document.  The target audience for this document included both active-duty military and military veterans, so such a mistake would not have been tolerated for long.  This inscription spans the entire issue of the coin, including innumerable die switches.  The wording was purposeful.  But what happened, and why?

In my opinion, Legio X Fretensis took it upon themselves to acclaim Domitian imperator for the XXIIIrd time.  Since the emperor's physical presence wasn't required, as we have already deduced from IMP II, all that was required was for the legion to proclaim the necessary formula.  Apparently they did that.  The coin is the evidence.

I asked Prof Aldrete what he thought of the matter, and he offered another plausible explanation.  He suggested a difference in the way the acclamations were counted might explain it.  "Sometimes the Imperator titles are counted for individual battles and sometimes awarded collectively for entire campaigns, so off the top of my head," he wrote by email, "I'm guessing that Caesarea did their math differently from the other mints and counted two battles separately that the other mints folded into one campaign."

That seems to me a reasonable explanation as well.  Maybe there was a difference of opinion among the legions.  Maybe this was an attempt by the army stationed in Caesarea and the veterans settled there to set the record straight, with their version anyway.

"What is really interesting," Prof Aldrete added, "is that they persisted with the XXIII even after it presumably would have become apparent that other coin runs had a different number."  I agree with this statement 100%, and I wonder what Domitian had to say about this coin.  Was it ever brought to his attention?  If so, what was the emperor's final word?  Did he, for whatever reason, ignore this acclamation, or did he learn of it too late, and only his assassination prevented its being recorded on the Roman coinage?

RPC 2308 is the perfect Coin of the Week in that it asks more questions than it answers.  It leaves you wondering.

Next:  The start of a new multi-part series covering the cult statues of Minerva appearing on Domitian's denarii.