Another Example of the Aventine MinervaDomitian Alexandrian 4D, RPC 2478 and RPC 2479 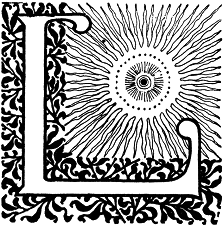 AST TIME AROUND, I was talking about the first appearance of the M1 reverse, depicting the cult statue of Minerva from her Aventine Hill temple.  I mentioned that Domitian had paired it with Athena's cult statue from the Parthenon in Athens in his first issues of silver denarii.  Here again are the two reverses side by side, RIC 62 and RIC 59-- 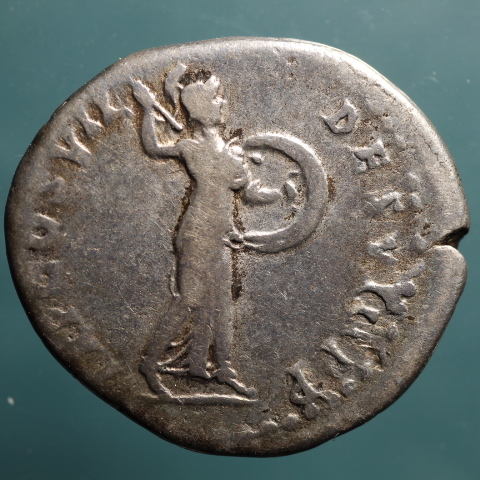 Halfway across the world, from the Alexandrian mint in Egypt, Domitian's Regnal Year 2, his first Alexandrian issue, we have this tetradrachm, RPC 2478-- 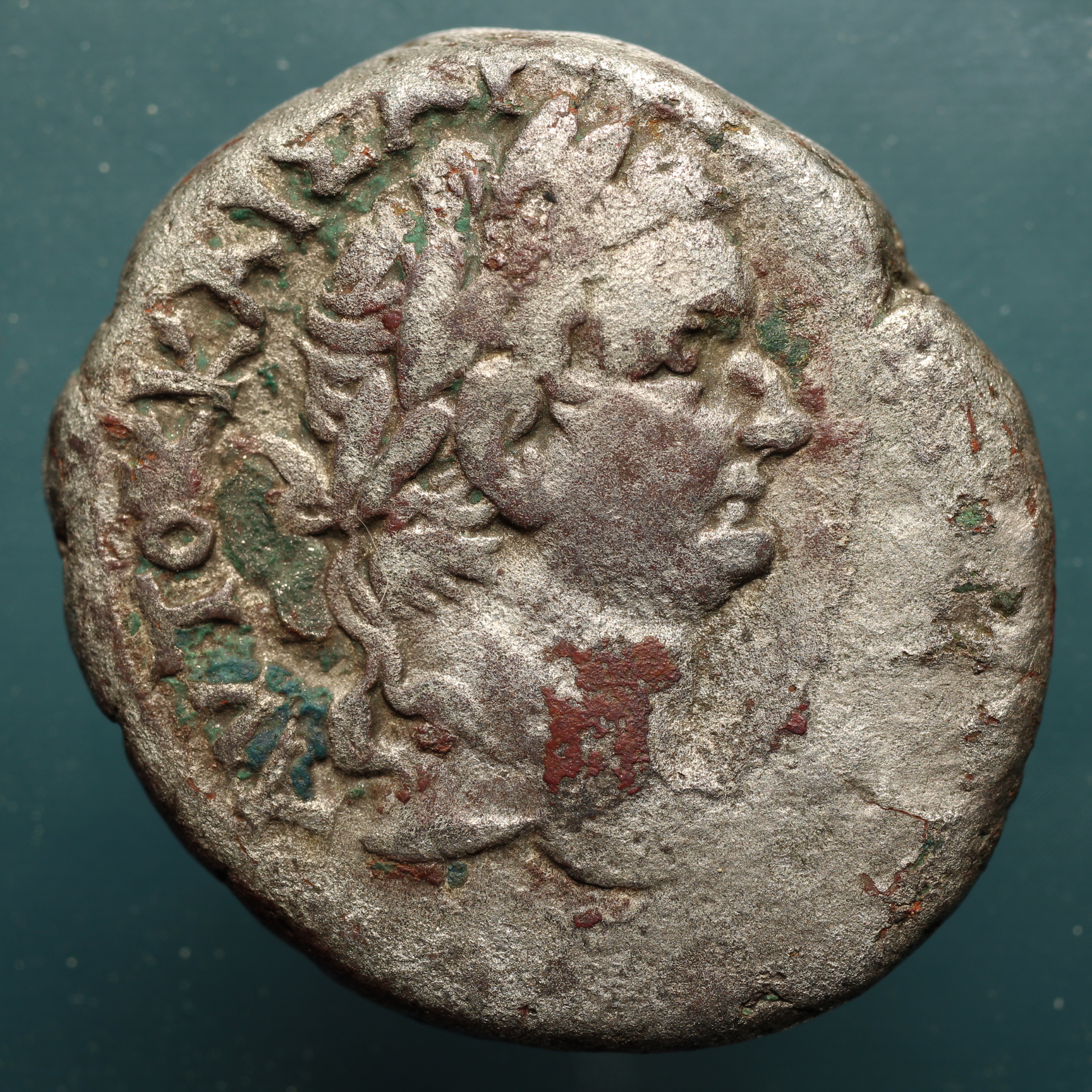 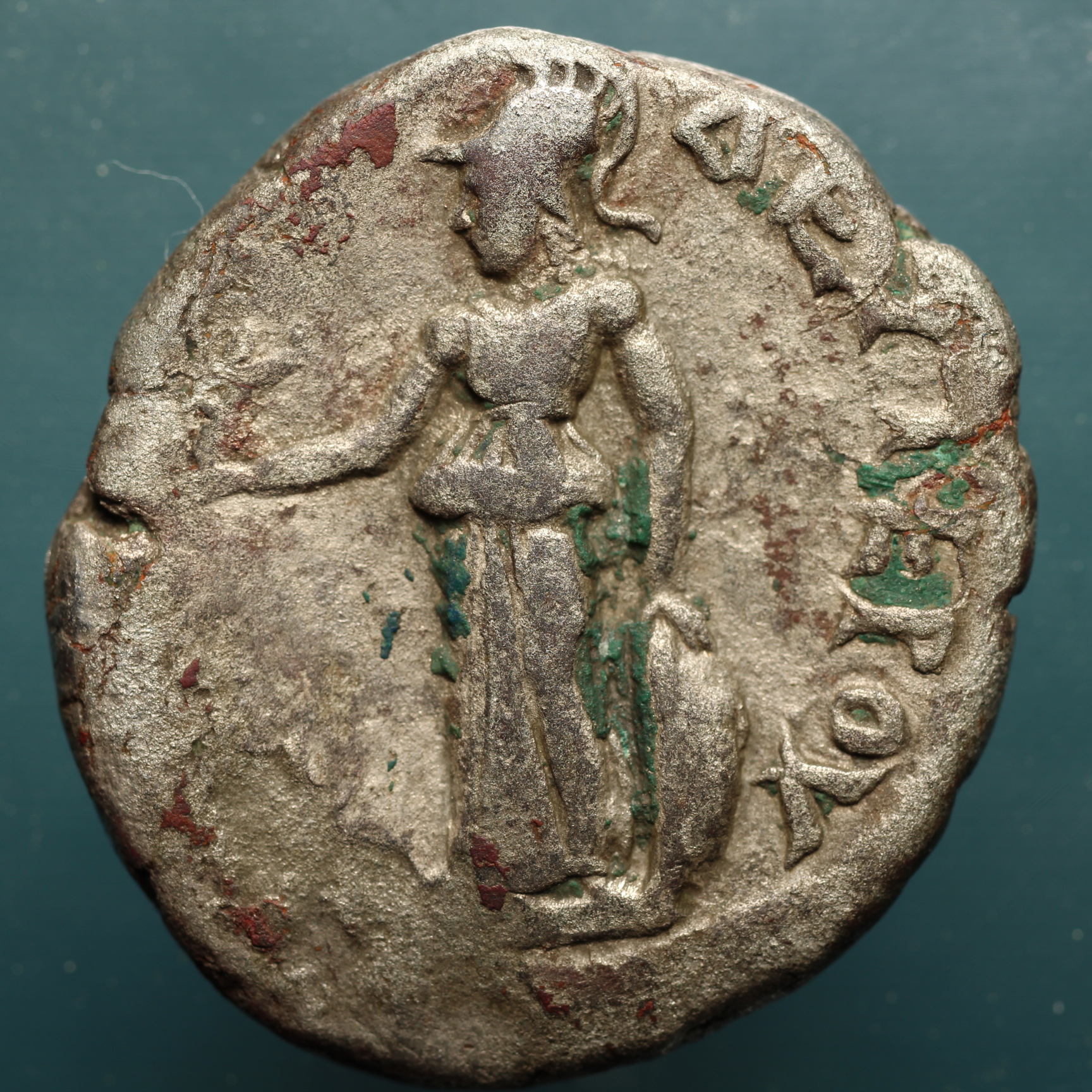 Once again the reverse preserves Athena Parthenos.  More or less, anyway; the spear is missing, but I believe we can attribute that to the engraver's ignorance of the subject:  Since, to my knowledge, this is the first time that the Athenian cult statue appears on an Egyptian coin.

It is one of six reverse types for this issue.  Four of the others carry traditional Egyptian subjects, Homonoia, Sarapis, Nilus, and Dikaiosyne.  The sixth is another outlier.  Here it is, RPC 2479, incidentally the RPC plate coin-- 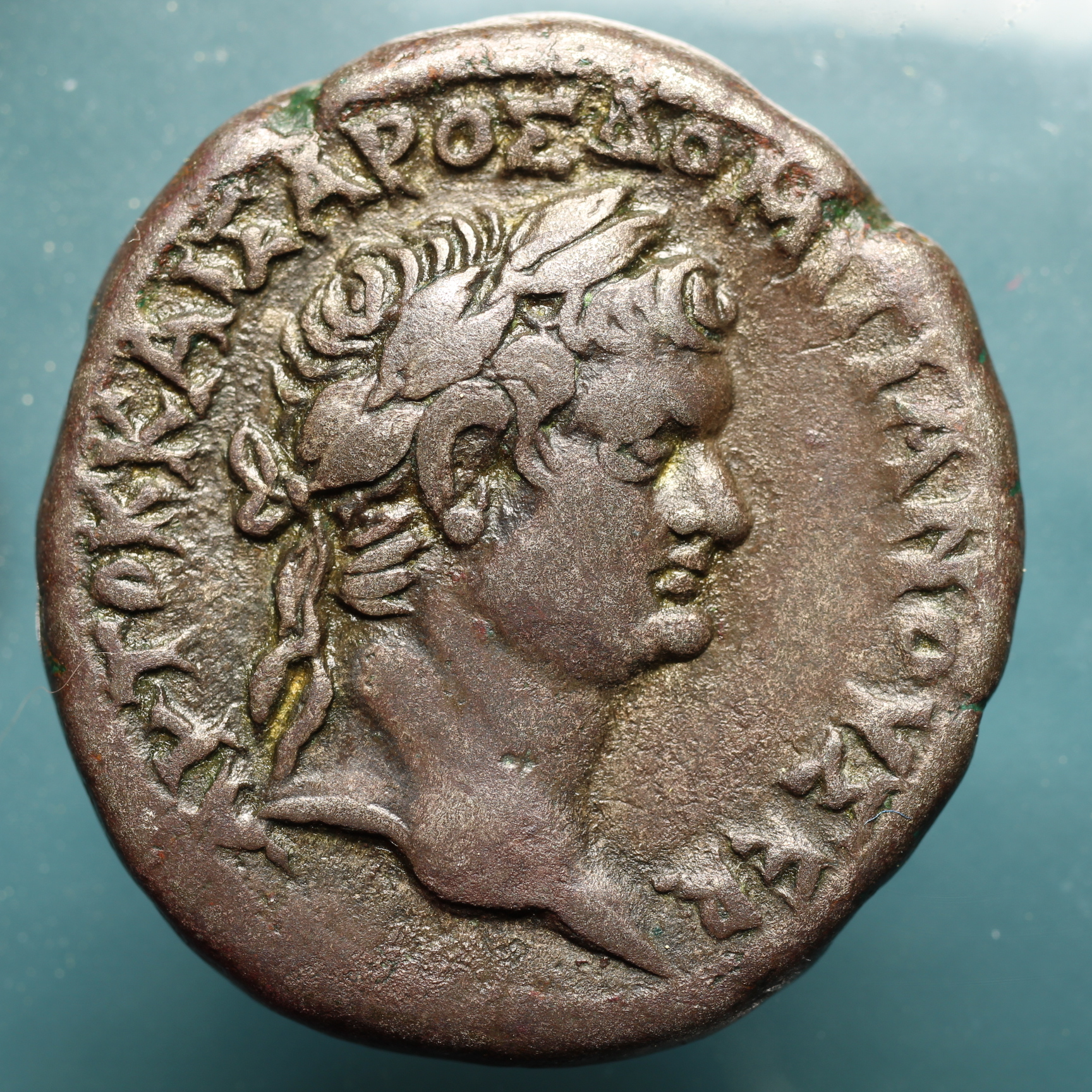 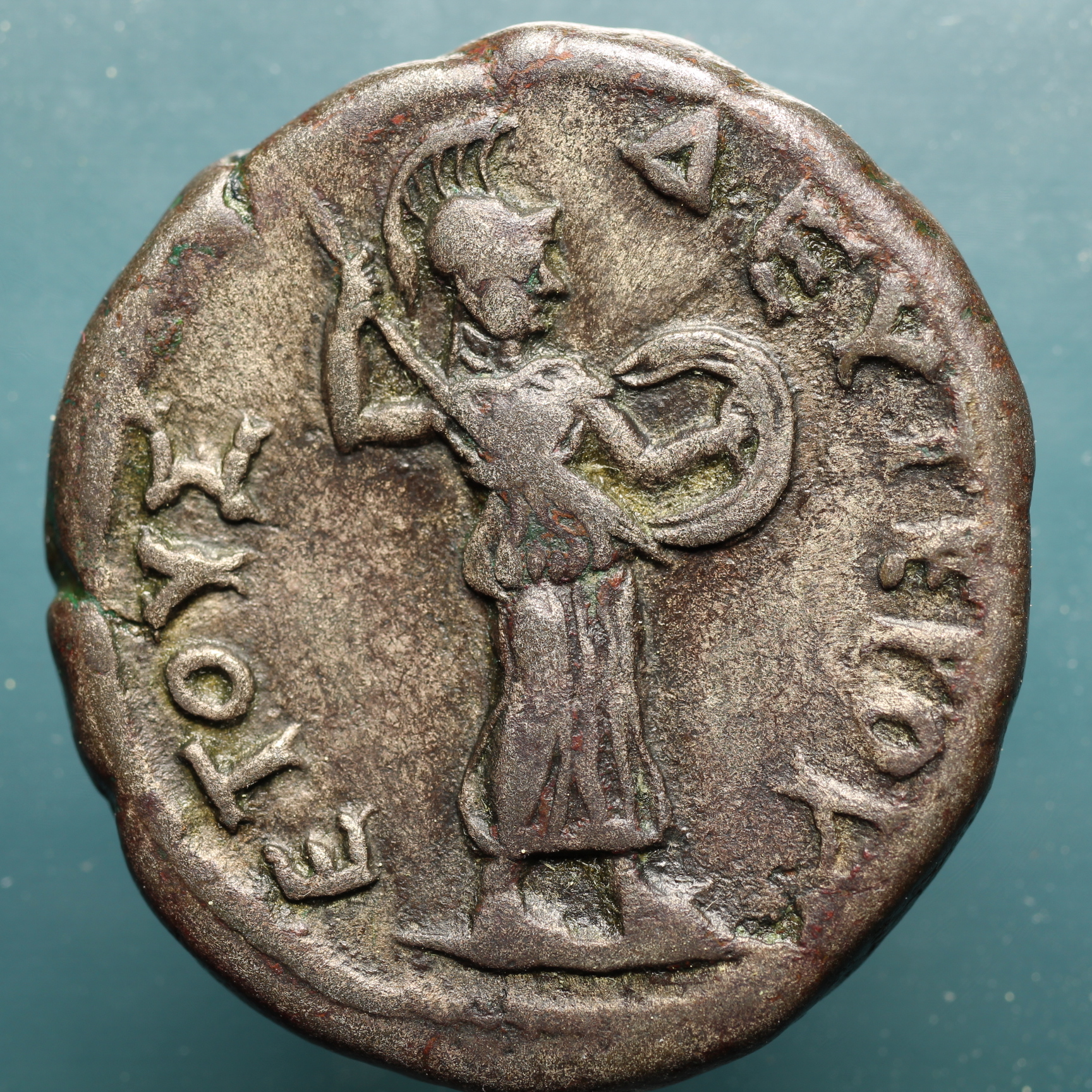 Who do we have here?  More or less, it is the cult statue from the Aventine temple.  This Minerva is brandishing an entire spear instead of the short javelin point, but it is essentially the same goddess.  Here are the two Alexandrian reverses side by side, and below them for comparison the two reverses from the Roman mint--

As I have already pointed out, once we excuse the Alexandrian engravers' unfamiliarity with the subject matter, both Egypt and Rome are seen to be depicting the same two cult statues in their first respective issues!  I call that very interesting.

Next:  I'll take another stab at the coin I wanted to talk about this week, RIC 28.  I just couldn't make my premise pan out this morning.  I blame that cursed and insidious Daylight Savings Time:  I had barely gotten started on the article and it was time for church already!