Having already covered the sun, they now threaten to cover the fields of each anxious populace.

There is always something new coming out of Africa. 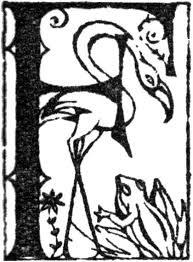 OR SEVERAL YEARS I had enjoyed membership in the Twin Cities Ancient Coin Club.  Then COVID-19 came and the meetings stopped and I let my membership lapse.  Miraculously, even without me, the club has bravely persevered on its own, eventually with Zoom and, lately, with renewed in-person meetings for the masked and fully vaccinated.  My plan was to return Thursday night, braving the bitter cold and the midnight drive home, pay my annual dues, sip some decaf, and shmooze with like-minded folk.

Then common sense prevailed; it was cold outside, it was getting late, and COVID-19 is still a thing.

Had I attended, I particularly wanted to show a certain hemidrachm to club member Tom Beniak, an expert in provincial Egyptian coinage, who first alerted me to it.  This happened back in 2015, the first coin club meeting I ever attended.  Right after I had declared my area of interest (the reign of Domitian, both Roman and provincial mints), Dr Beniak told me to be on the lookout for the rare and mysterious nome coins of Egypt.  These coins have been on my A-List ever since.

Well good news, I finally found one.  Moreover this recent acquisition is from the famous Dattari coll.  It is cited in RPC (Andrew Burnett, Michael Amandry, and Ian Carradice, Roman Provincial Coinage, Volume II, London, Paris, 1999), RPC 2774.1, and the reverse is actually illustrated in RPC.  An interesting point because, although Dattari's coins are cited in RPC for virtually every issue and variety, this essential reference never chooses any of them for illustration, except for the nome issue, where they are all pictured, but just the reverses.  I have no idea why that is.

Anyway, here is that coin-- 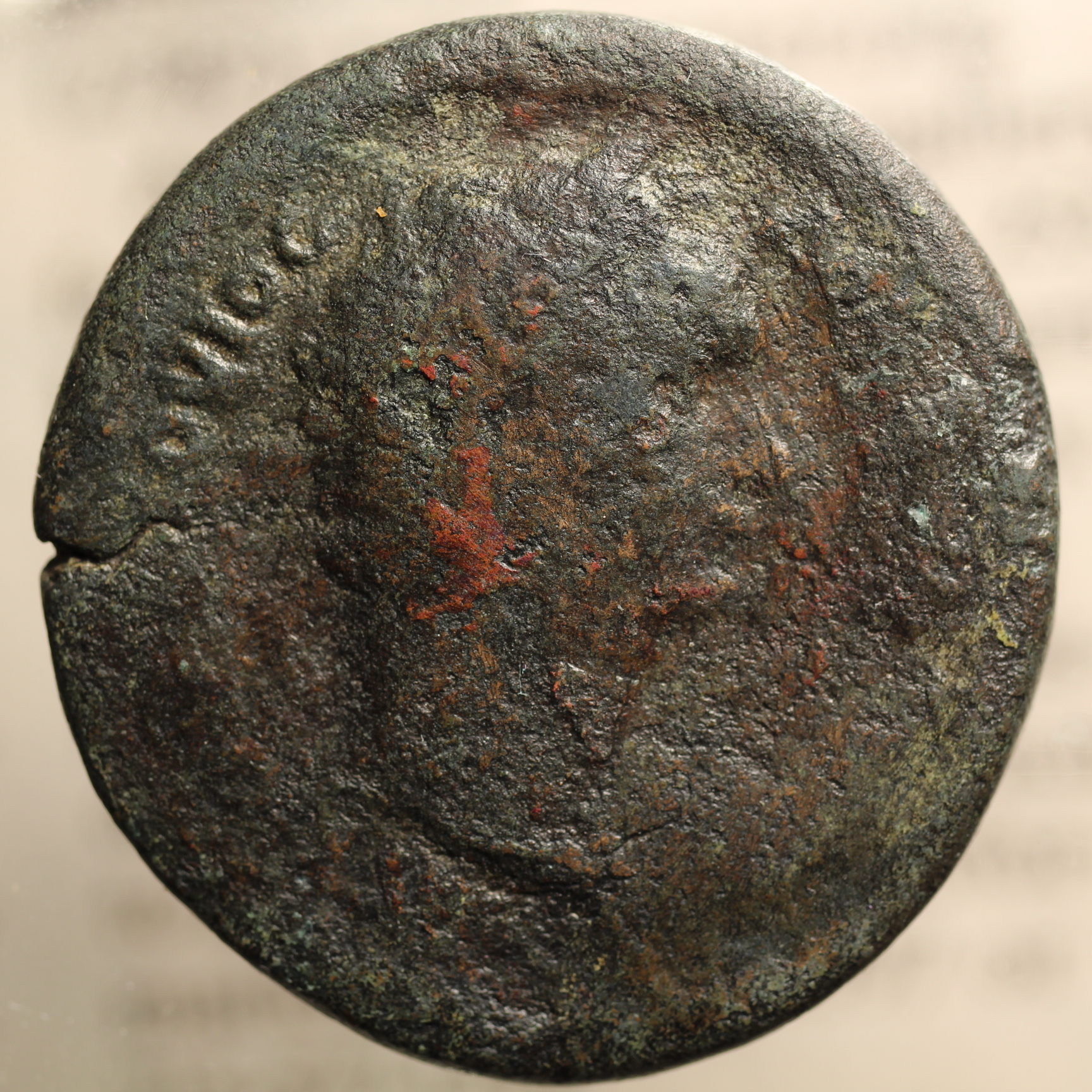 The obverse shows Domitian facing right, not laureate but wearing a wreath of grain.  (The grain is a clue to the nome issue's mysterious purpose, which I will discuss in a minute.)  On the reverse Minerva stands left holding Nike (Victory) in her right hand and in her left a weapon or tool of some sort.  In the photograph the weapon-head or tool-head appears as a cross-shape against her right hip, the handle crossing her body just below the waist.  RPC identifies the weapon as a double ax.  To me it looks more like a hammer or mallet (a second clue).

Alberto Tricarico, holder of another of the only five known examples, concurs with me on this:  "It's hard for me to say, but yes, it could indeed be a mallet since a bipennis [double ax] should be larger, as it is in coins from Mostene mint."  He then suggested that I take a look at the Trajan specimen with the same reverse, RPC III 6355.  I did, and the weapon or tool on that coin is even smaller in relation to the goddess, looking very much like she's holding a croquet mallet.

Here's the mystery.  According to RPC, "A few coins were made in Domitian's year 11 with inscriptions that refer to the nomes or administrative regions of Egypt," Oxyrhynchite a nome in the Upper (southern) Nile Valley.  The question, the mystery, is why were these coins minted in the first place, and why only in year 11?

Again according to RPC, "There has been much discussion of these enigmatic coins, which are attested first for Domitian (year 11) and later for Trajan, Hadrian, and Antoninus Pius," struck, as pointed out by Dattari himself, at seventeen-year intervals. RPC goes on to suggest the existence of several theories and provides a list of sources, but only elaborates on two of them:  First, the fulfilling of Domitian's decennalian vows, vows taken on the tenth anniversary of his reign.  Second, a regularly-scheduled tax forgiveness, occurring in seventeen-year intervals, commemorating the beginning of imperial rule in 27 B.C.

Both of these theories have merit, though the decennalian vows theory doesn't explain why it's carried over in seventeen year intervals across the reigns of three later emperors.  The tax forgiveness theory, in my opinion, needs to be corroborated elsewhere.

In fact I would like to propose a wildly speculative third theory.  It has to do with the seventeen-year interval, and it is something probably only an American would ever come up with. 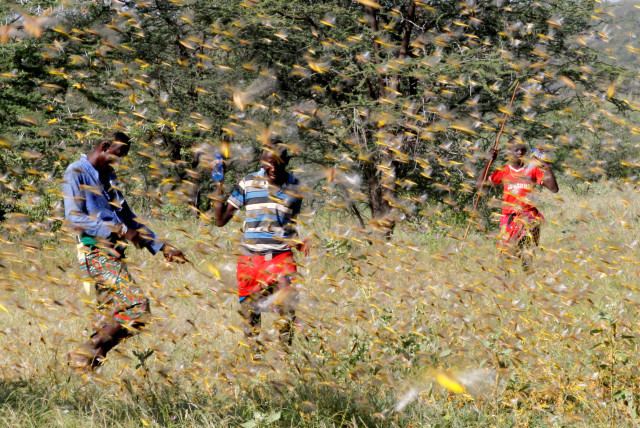 The Eighth Plague which Moses visited upon Egypt.

In America we have something called seventeen-year locusts.  As their name implies, they come periodically and predictably, every seventeen years to wreak their destruction on the land.  This is a fact.  On the other hand, the locusts of Egypt are opportunistic marauders appearing not on a fixed schedule but whenever sufficient rainfall provides enough for them to eat.  Different species obviously.  But was this always so?

In historical times the Mediterranean coast of Africa was graced with a vast green ribbon of lush farmland.  Along with Egypt's Nile Valley the whole region was called "the breadbasket" of Rome.  That was two thousand years ago, before the Sahara desert swallowed everything up.  Go back even farther, another two thousand years before that, and what was it like?

Even greener, would be my guess.  Green enough, perhaps, to allow the locust an unabridged life cycle.  During the time of the Pharaohs, did Egypt have seventeen-year locusts too?  Is seventeen years perhaps the natural life span of the locust, and did climate change and possibly human intervention cause the Egyptian locust to evolve away from that?

Therefore could the nome coins have commemorated an archaic, largely-successful anti-locust campaign, still celebrated by the first-century Egyptians every seventeen years?  Did Minerva join in with her locust-squashing mallet to save the very grain in that very wreath perched upon the emperor Domitian's head?  Is that what the nome coins were really all about?

In a previous article I recommended taking this chance to buy coins from the Dattari coll. while they were available, because it was a once in a lifetime opportunity to obtain these prototypical (if that's the word I want) coins of Greek and Roman Egypt.  Well, good news, the opportunity continues.  I speak with authority only concerning the coins of Domitian, but I imagine that the other emperors and the Ptolemies before them are also represented in this giant selloff led by Naville Numismatics of London.