Domitian Denarius, RIC 786A commemorative coin celebrating the Festival of Maia, May 1, 96 A.D.

Maia, it is said, whose beauty surpassed her sisters, laid with mighty Jove and, on the mountain crest of cypress-bearing Cyllene, brought forth the one who strikes his wing-footed path through the ether. 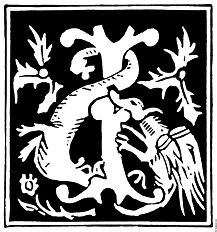 N A PERFECT WORLD I would have written this article for the first of last month, the First of May, but I didn't think about it until Thursday of this week, when my friend Dan, with whom I play chess on Wednesday nights and who works at the university and who has a daughter named Maya, who is only a year behind our own Maria de los Angeles in high school, who is of Mayan descent herself coincidentally--Maria de los A., that is, not Dan or Maya, who are probably both of German descent (Dan anyway, which would make Maya half-German, unless her mother has a German lineage as well, which I don't know and wouldn't presume to guess, or unless Dan isn't completely German himself, though I don't know why he would try to obfuscate something like that, if I'm using the word obfuscate correctly)--helped me to locate (I'm talking about Dan here) and secure a 1977 article in the journal Klio called, "The Symbolism of Minerva on the Coins of Domitianus," and I can't wait to read the whole thing because I have only had a glimpse of Page One so far, which doesn't have anything to do with the article I'm writing presently, but demonstrates, I trust, my dedication to this topic generally, that is, goddesses on coins and why they're there, and I hope this opening sentence wasn't too convoluted, because, frankly, I haven't even started yet!  You want convoluted?  Let me tell you about the goddess Maia.

Ancient Maia, the ever-youthful goddess of Spring and new growth, and ancient Mercury were both Roman deities but they had nothing else in common with one another.  Neither did she have any reported association with Jupiter.  Early on Maia may have been linked with the god Vulcan (Aulus Gellius, Attic Nights, XIII.23.2).  She was traditionally united with him on his festival in August, but the Romans weren't prone to elaboration or myth-making, so I can't divulge their actual relationship status.  There isn't any evidence of a marriage, no children between them or anything.  Here is RIC 786 depicting the goddess Maia on a silver denarius of Domitian-- 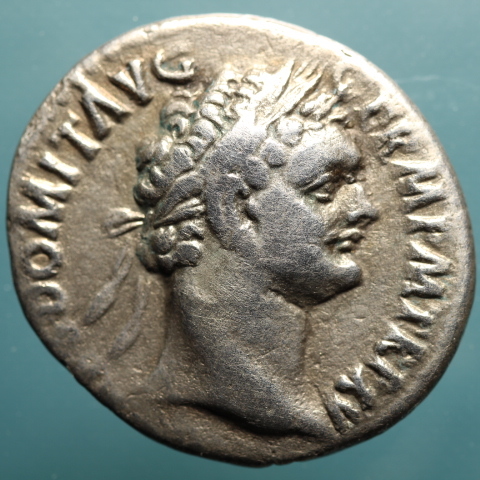 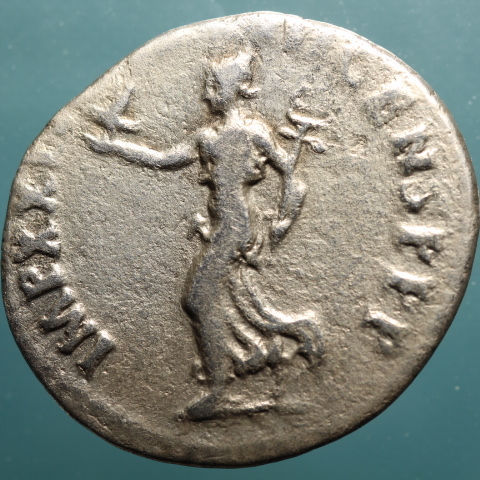 The reverse has only recently been identified as Maia.  I believe the identification is excellent.  Note the caduceus in her left hand.  What on earth can she be doing with that thing?  Well, it's instrumental to the identification, and it has to do with something called syncretization.  Let me explain.

I think all or most of my readers know already that the Greeks and Romans had different names for the same gods, Zeus for Jupiter, Hera for Juno, Athena for Minerva, etc.  This was all residue of the process of syncretizing the two religions, as the two cultures merged, into one Greco-Roman system of belief.  This kind of thing happened all the time in the ancient world.  It wasn't always a simple matter, of course.  Mars, to take just one example, the Roman god of war, was a severe and austere, majestic figure while Ares, his Greek near-equivalent, was a petulant, almost mischievous, imp-like creature by comparison.  But generally the syncretization process was natural, straight-forward, and painless.  The Romans didn't have myths, the Greeks did; the myths carried over as well.

There was another Maia, a Greek Maia, the eldest sister of the seven sisters called the Pleiades.  In myth, she caught the eye of Zeus and bore a son by him, the god Hermes.  By the time of Ovid, quoted above, a century before Domitian, when Mercury and Hermes had already become Mercury/Hermes, these two separate goddesses became conjoined as well, simply as Maia, both goddess of the springtime and also mother of Mercury, and that's the way she is portrayed on my coin, carrying the caduceus, her "son's" attribute.  Her festival was in May.

In my opinion this coin isn't part of the regular TR P XV issue.  It seems to me to be a special commemorative coin celebrating the festival.  The best evidence of this is the relative scarcity of this coin in comparison to the other coins with the same date, very rare (R2) vs very common (C2).  I would say that the coin was only minted for a short time, probably in April for distribution in May.  It wouldn't be the first time Domitian celebrated a festival with coinage.  Here is RIC 601, one of many coins commemorating the Ludi Saeculares of 86-- 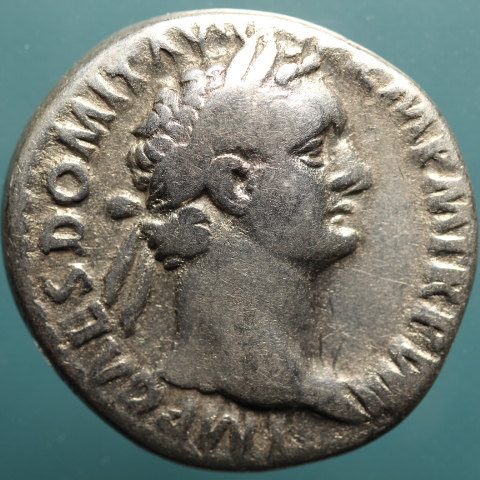 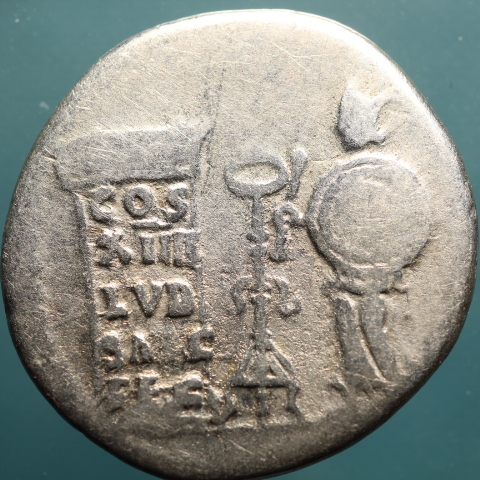 Why did Domitian call for this coin of Maia to be struck?  Perhaps he himself had footed the bill for this particular festival this last year of his life.  Perhaps the festival was a perennial favorite of his.  Although it isn't mentioned on any of the lists of Domitian's building projects, perhaps he had restored her temple just in time for the festival; or perhaps the very statue depicted on the coin, the goddess Maia bared to the waist, was new or newly restored.  In any case this commemorative issue seems to have been a one-time deal, though maybe that wasn't the emperor's intention.  Had Domitian lived, it's possible he would have struck another Maia coin again in April for May of the following year.  However, thanks to Marcus Ulpius Traianus, father of the future emperor and the evil mastermind behind Domitian's assassination (more on this "scoop" at a later time), we'll never know.