It isn't worth it to reveal the face of truth (not always, anyway); in fact, silence is often a person's wisest course.

"This was the largest audience to ever witness an inauguration.  Period." 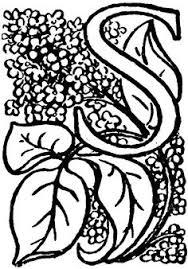 ILANDUS, FORMERLY OF LYDIA, in the Roman province of Asia, was important enough to mint coins and to seat a bishop in the early Church.  Early geographers ignored Silandus, and we don't know much about it either.  We do know that during the time of Domitian a certain gentleman by the name of Demophilos was its strategos (στρατηγός=general), which probably meant that he was the mayor of the city or its equivalent.  In fact Demophilos was a second-term mayor, something he was evidently proud of but not to the point of extremity.  Here is RPC 1351, the larger of the two denominations minted under the name of Demophilos-- 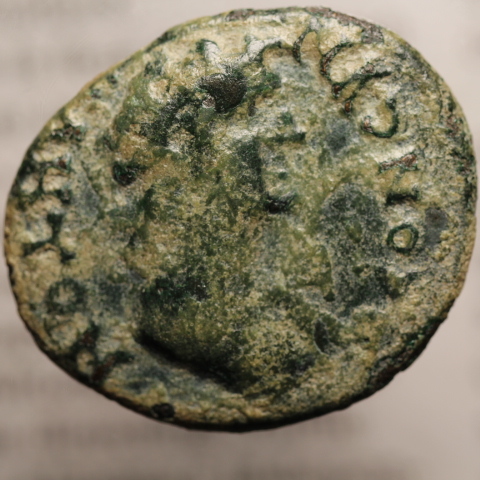 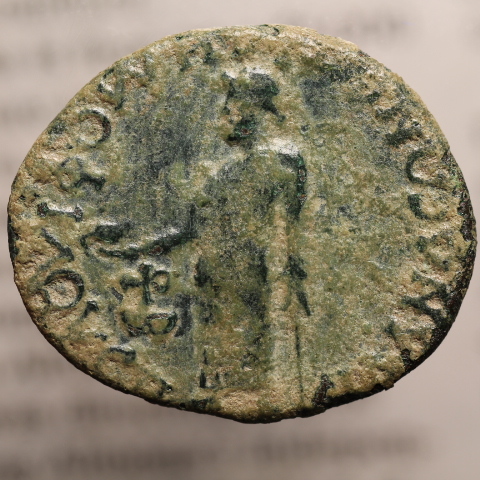 The obverse depicts the draped bust of the Roman Senate with the inscription ΘΕΟΝ CΥΝΚΛΗΤΟΝ.  Now θεὸν συνκλητόν, as best as I can translate it, means divine associate; I think it's kind of interesting that that should be what the Greeks called the Roman Senate.  The reverse shows Zeus holding an eagle with the inscription counter-clockwise around the coin, CΙΛΑΝΔΕΩΝ ΕΠΙ ΔΗΜΟΦΙΛΟΥ CTP, Silandians with Mayor Demophilos, CTP being an abbreviation for στρατηγός; in the field under Zeus's hand, what looks like the Egyptian hieroglyphic symbol ankh followed by a B.  It isn't really an ankh but actually a ligature for the neuter definite article, τὸ, and the B means two.  So CTP TO B means strategos for the second time.  Compare this coin to the smaller denomination with Domitian on the obverse and Minerva with patera and spear on the reverse, RPC 1352 var-- 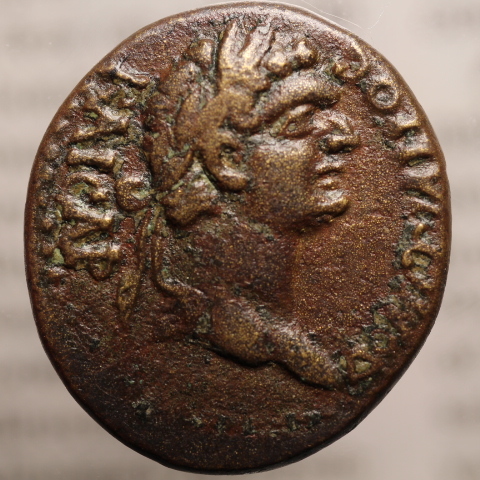 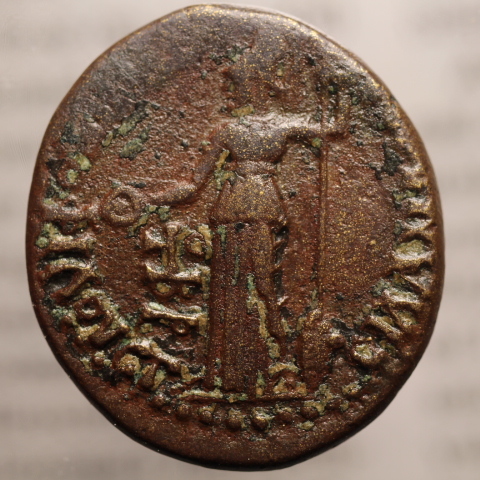 Clearly Demophilos wanted the same information to appear in both reverse inscriptions, and the inscriptions are indeed identical as to content.  However, due to the smaller flan the P in CTP is running up the side of Minerva's leg and abutting the TO B, so that, squished together that way, it looks like the engraver meant to inscribe TO BP; the entire inscription simply wouldn't fit otherwise.  Unfortunately, due to the way the Greeks wrote their numbers, using symbols from their alphabet, just as the letter B=2, so then the letter P=100, and therefore BP=102.

It looks like fake news!  It looks like poor Demophilos is announcing to the world and to posterity that he is mayor now for the 102nd time!  Clearly a false claim!  And so embarrassing, because obviously no decent leader would ever make such a preposterous boast about himself, especially one that could be so easily verified.  Naturally Demophilos was horrified, and so this particular coin variety didn't last long (which is why this specimen in the Hazelton coll. is one of the few surviving examples, the three others that I am aware of all sharing the same dies with mine), quickly replaced by RPC 1352-- 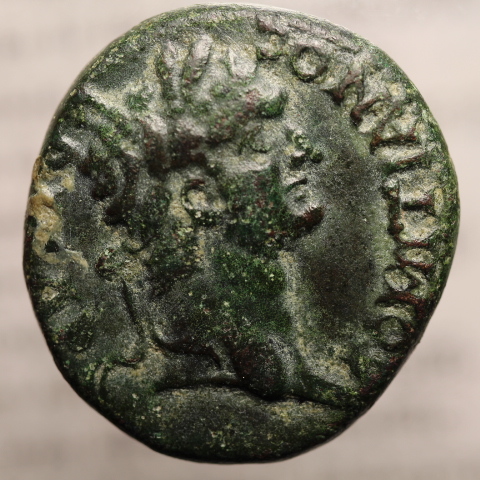 Everything else is the same, but the TO B has been left out; instead only the abbreviation CTPA appears in the field under Minerva's right hand, stating that Demophilos was mayor.  Period.  According to this wise mayor Demophilos, "Better the world believe I was in office only once than I was both a liar and a fool."

Next: 30 Days Hath Germanicus: The interstitial GEM issue of 86