Hercules and the Nemean LionDomitian Philippopolis AE29-31, RPC 351A 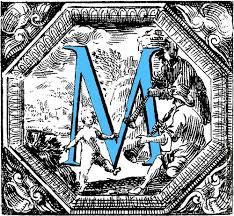 Y COIN THIS WEEK comes from Thrace, from the mint in Philippopolis.  It was an unpublished coin until it appeared in the RPC Supplement 4.  Here it is, RPC 351A-- 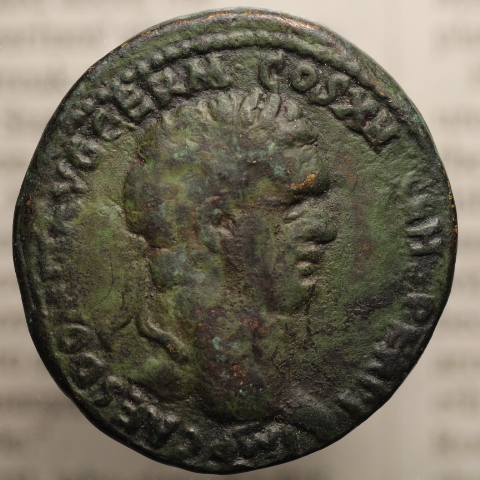 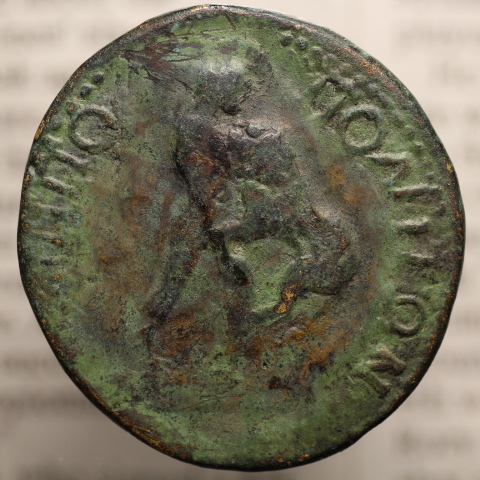 Although my coin was unpublished, RPC (Burnett, Amandry, Carradice, Roman Provincial Coinage, Volume II, London, 1999) predicted its existence, in a way, although the authors had never actually seen it.

Let me explain.  There is a table introducing the Roman province of Thrace on page 76.  On the left it lists Philippopolis, Sestos, Perinthus, and Byzantium, the four cities of Thrace minting coins under Domitian.  To the right are columns of denominations of coins listed in millimeters, 31-38, 29-31, 23-28, 22-23, and 17.

The city of Philippopolis had all of the denominations except 29-31.  That space was left blank.  It was blank, because until I brought my coin to light, the authors didn't know of its existence; they could only surmise that it might exist and leave a space for it just in case, and that's what happened.  I did bring my coin to light, and now it's a published coin.

These past few months I have enjoyed identifying some of the questionable reverse types on the coinage of Domitian.  So far as I know, none of my identifications have been accepted by anybody in authority.  That's actually okay with me.  I'm at the age now (63 tomorrow) when such things don't matter much.  However I think it's interesting that my identification for this coin, this RPC 351A, stuck!

A big burly guy wrestling with a huge beast.  If it isn't Argos humping against Odysseus's leg, it pretty much has to be the Nemean Lion vs Hercules.  It isn't as though it's a controversial identification or anything, but it's mine, and it made it into a book.  So I am pleased. 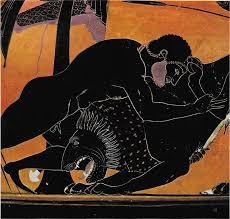 Next week:  My first look at M3, which I am calling the "Flavian Minerva"