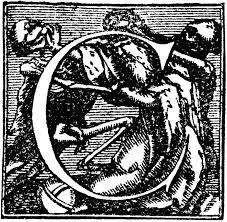 URIOSITY IS WHAT drives us as much as anything, our desire to know stuff about stuff.  Domitian is what I want to know about, his coinage mainly, and how it relates to New Testament studies and to ancient history and to all sorts of other disciplines, art history, biography, classical literature, psychology, geography, etc.  Sometimes I get to the point where I'm thinking, hey, I'm finally starting to get a handle on everything, when I'm pulled up short by my own deficiencies; and the realization, either slowly or suddenly, dawns upon me that there are some serious gaps in my knowledge base.  That's the problem with the auto-didactic method of knowledge acquisition:  Sometimes a person just doesn't know what he doesn't know.

Apparently I don't know much about banking hours.  Earlier this afternoon--Saturday, as I write this--I was enjoying a pleasant email conversation with Alberto about the coin written up in the August 12 blog article.  (He has discovered another example of my RIC 303 variant; different dies, which proves, I believe, that the variant was created on purpose and not just as a mint error.)  My plan was to stop at the bank later in the day, since I "knew" that my bank is open on weekends.  Unfortunately, as I was to discover a few hours ago, the drive-up windows are open but not the lobby, and safe-deposit-box holders must go through the lobby to get to the vault and the racks of safe deposit boxes.  Of course I would have to do all of this to access the two coins I still need to photograph for the blog article that I have been rewriting in my head all week.

This meant that this particular blog article would have to wait until next week, and now I needed a new topic, while finding myself restricted for subject matter to what I might find laying about my desk.  Fortunately I did find something interesting and was able to come up with a new plan.  Following that plan, here is a new acquisition, an Egyptian diobol,  RPC 2628-- 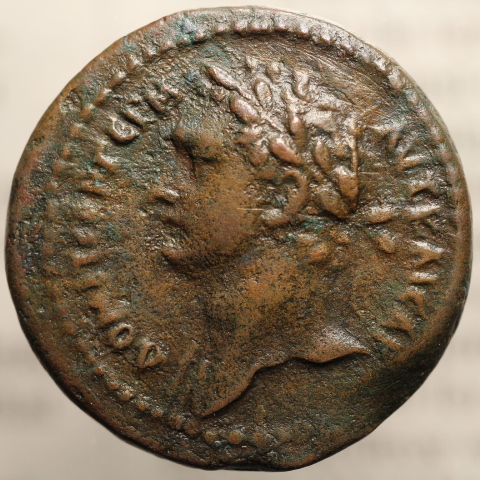 Which brings me to the startling and formidable gap of knowledge I mentioned at the top of the page:  I seem to have confused Harpocrates, the little guy depicted on the back of this coin, with Hippocrates, the Greek Father of Medicine.  Therefore the two hours this afternoon I have spent researching the latter, looking for the Egyptian connection, while terribly interesting to me personally, isn't going to do me a darn bit of good writing about the former; not this week and not ever, unless I happen to run across any one of the seven coin varieties minted in Cos during Domitian's reign, which so far I haven't.  Notice how Harpocrates holds his finger to the lips?  Apparently that gesture is an Egyptian convention denoting childhood and doesn't have doodly squat to do with doctor/patient confidentiality.

So, not Hippocrates of Cos, Greek Father of Medicine; but Harpocrates, the Greek name for the Egyptian child-god Horus.  Believe it or not, before today I didn't know Horus went by the name Harpocrates.  I'd seen the name in coin descriptions but apparently I had always read it "Hippocrates."  Oh my goodness, such appalling ignorance on my part!  It's embarrassing.  Maybe I should give up numismatics and collect stamps instead.  Stamps with pictures of cats on them.  Or perhaps bunnies.  Something harmless.

Oh well.  There are actually some non-Hippocratic points of interest to note on this coin.  The left-facing bust on the obverse, that's kind of rare, and take note that instead of a laurel wreath on Domitian's head, he's wearing a wreath of grain kernels (the book says "corn ears," which sounds preposterous to American ears, so I changed it to "grain" in the coin description).  Grain on the emperor's head is pretty interesting and attests to the fact that by the 1st Century A.D. Egypt had overtaken all rivals as the breadbasket of Rome.  Note too the aegis on Domitian's sternum; it's portrayed a little differently here than the aegis we're used to seeing in the Roman series.

The reverse shows a child (finger to lips) carrying a cornucopia and naked except for the swath of fabric draped over one arm.  The cornucopia indicates plenty, a plentiful grain harvest, of course, along with other commodities for local consumption.  It looks like grapes are depicted.  Nudity wasn't a big deal to the Romans nor to the Greeks; to the ancient Egyptians (Egypt was already ancient before either Greece or Rome ever entered the picture), it was okay for children to appear naked but not so much for grown-ups.  We know that this particular naked child is the god Horus because over his head is the cow-horned crown of his mother Isis.  The "L" in the date LIA isn't an L at all; it's the Egyptian hieroglyphic symbol for the word "year" and means that the "IA" that follows it is Domitian's Regnal Year 11 (I=10 and A=1) which occurred between the time of the flooding of the Nile in the summer of 91 and when it happened again in the summer of 92, because that's how the Egyptians measured time.

That's about it.  Other than that, my ignorance is without gaps.

Next:  The column I was going to write this week, "Domitian Neapolis AE 20, RPC 2224 var: The twice-published unpublished coin."  It's actually a re-rendition of something I posted before the May reboot, one of only a few blog articles I plan to rewrite and then repost.  In fact, this is the only time I will ever mention doing that.