LMOST AS SOON as I began collecting again, which was nearly four years ago now, this week's coin caught my eye.  It wasn't rare and it was way too expensive, but I wanted it.  After vacillating for months I finally went ahead and bought it.  In so doing I learned a valuable lesson.  It isn't what a person does that he regrets most, it's what he fails to do.

I was so sure I would have buyer's remorse after spending more money than I had ever spent before on a coin, but guess what.  It never felt anything but joy.  What would have caused me great regret instead is if somebody else had bought my coin while I was dithering over it, but that didn't happen.  It's all mine.  I still look at this coin with great pleasure and not an ounce of regret. 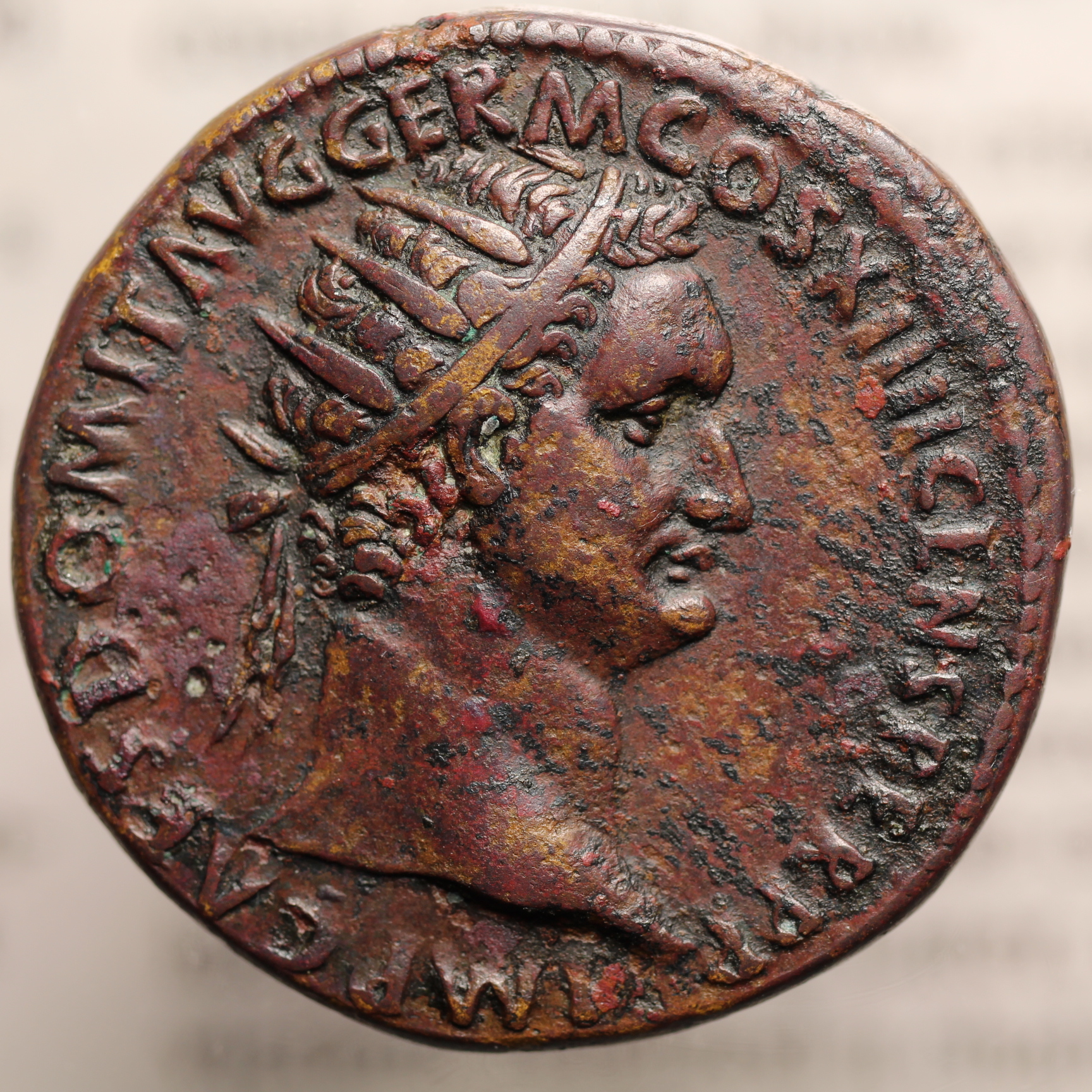 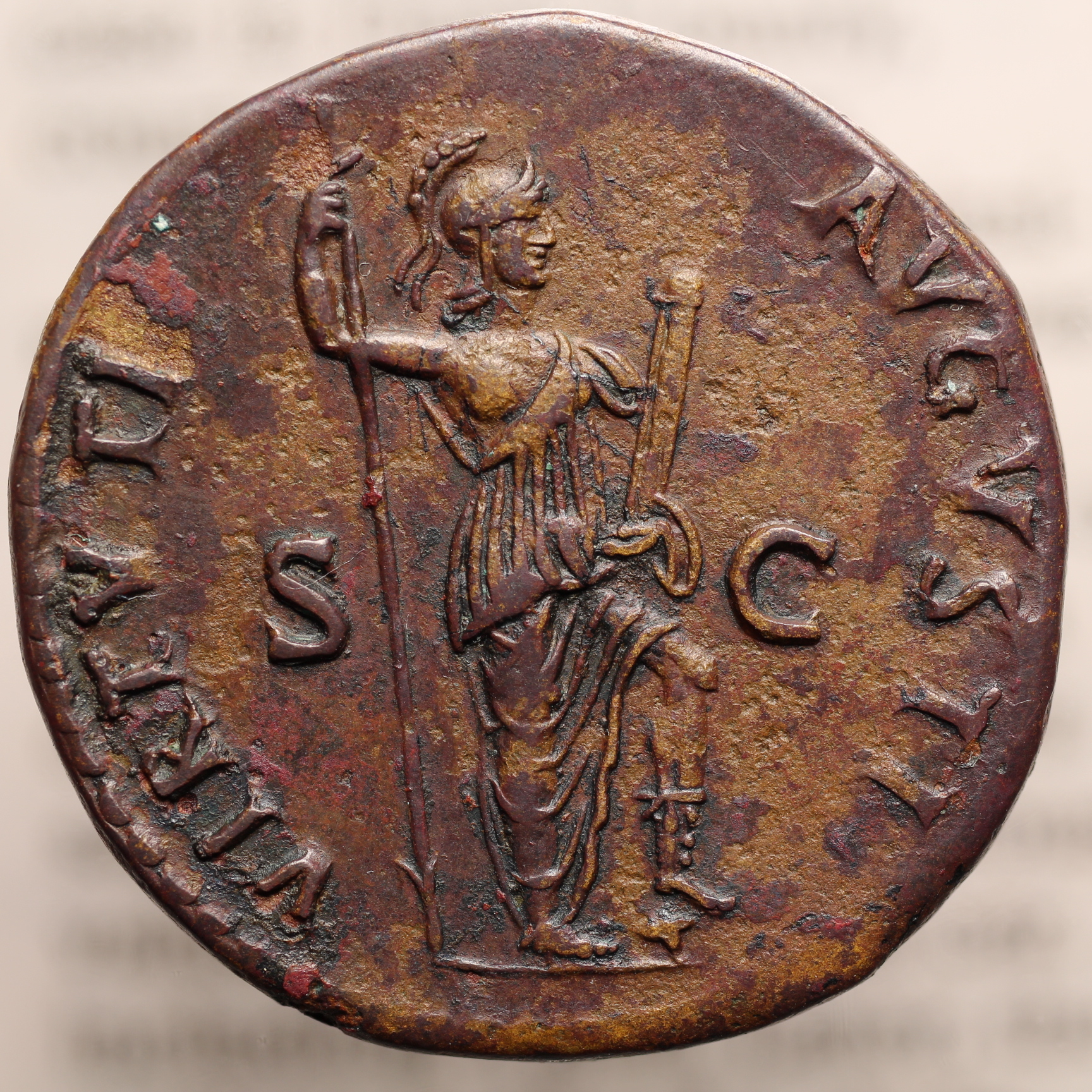 It is indeed a beautiful coin.  In hand it's an even chocolate brown.  Only under under the scrutiny of a macro lens and studio lightning do all the other intrusive colors show up.  They're there, I suppose, you just don't notice them.

Hmm, having chosen to highlight this coin this week I find I have very little to say about it, except that I find it beautiful.  And to that point, you will either agree with me or disagree with me.  Hmm, let me see, what else, what else....

The coin was struck sometime in the years 88-89; 89 was the first year Domitian didn't take a consulship for himself, only one of three years that he didn't do that.  On the obverse Domitian wears a radiate crown.  He isn't wearing his aegis anymore, having returned that particular emblem of piety to the cult statue of Minerva in Jupiter's temple atop the Capitoline Hill.

On the obverse, Virtue stands to the left in military attire, left foot resting on an enemy's helmet.  In the right hand is a down-pointing spear; in the left, in a sheath, a long dagger called a parazonium.  It sticks out a little suggestively, but it's only a sword.  Okay, here's something kind of interesting--

"Virtue" means something totally different to us than it did to the Romans or even to the early-moderns of Shakespeare's time.  To us it laden with ideas of morality and probity and wholesomeness and whatnot.  In earlier times virtue simply meant manliness--the phrase "maidenly virtue" would have been confusing to the Romans, and to Shakespeare.  This coin celebrates the manliness of the emperor.  Which is kind of odd, I guess, striking a coin to celebrate something like that.

Another odd thing, while usually the allegorical figure of Manliness is represented by a male figure on the coins of Domitian, which seems logical, sometimes, which is true about almost all allegorical figures, the representation is female.  This one seems to be male, but it's not definite.