The Abundance of ChristmasA look at a welcome new Domitian acquisition, RPC 1501

And there were in the same country shepherds, abiding in the field, keeping watch over their flock by night.  And, lo, the angel of the Lord came upon them, and the glory of the Lord shone round about them!  And they were sore afraid.  And the angel said unto them, “Fear not!  For, behold, I bring you tidings of great joy, which shall be to all  people.  For unto you is born this day in the city of David a Saviour, which is Christ, the Lord.  And this shall be a sign unto you:  Ye shall find the babe wrapped in swaddling clothes, lying in a manger.”  And suddenly, there was with the angel a multitude of the Heavenly Host praising God, and saying, “Glory to God in the Highest, and on Earth peace, good will toward men.”

That’s what Christmas is all about, Charlie Brown. 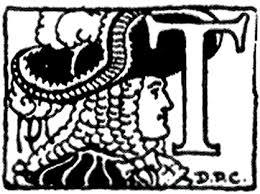 IS THE FIFTH DAY OF CHRISTMAS, so Merry Christmas one and all!

Today, according to the song, my true love will be giving me five golden rings and ten birds of various hue and type, to go along with the twenty birds already in my possession.  Tomorrow the geese start flocking in, and the day after?  Swans.  In all, during these twelve days of the Christmas season, my true love will present me with nearly two hundred birds, 186 individual little beaks if you're picking nit.  Truly an abundance of birds!

Because that's the other thing Christmas is all about, Charlie Brown, abundance! 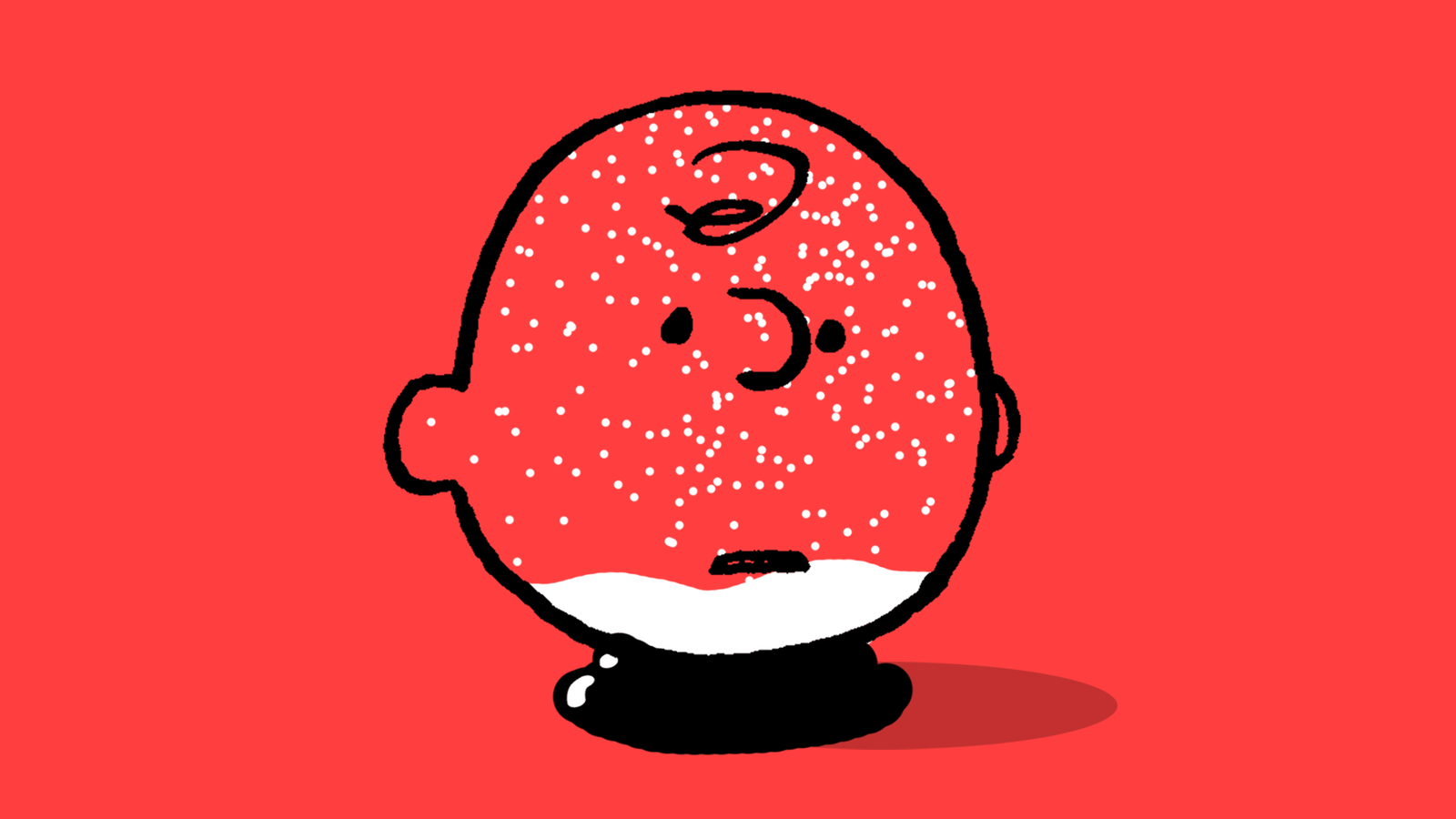 The living symbol of this abundance is Santa Claus, Saint Nicholas, who was or is (in the opinion of many intelligent people, many future popes, presidents, and college professors) a real person.  St Nicholas was born in 270 A.D., in the city of Myra in what is now Turkey, in what had been the ancient kingdom of Lycia before the Romans declared it the province of Lycia-Pamphylia.  Here it is on the map, on the southern coast of Anatolia-- 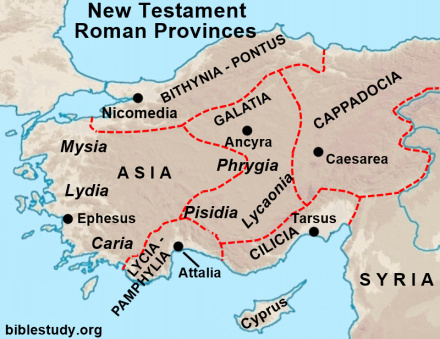 The Roman Empire granted only a handful of provincial entities the right to produce or distribute silver coins.  One of them was the Lycian League of Lycia-Pamphylia, striking the coins themselves or, more likely, distributing coins minted in Rome.  Under Domitian four types of silver drachmae were produced, RPC 1501, 1502, 1503, and 1504, and all four from 95 A.D., his fourteenth regnal year.

I have written about this series of coins before (May 20, 2018, my second column after the reboot of this website), under the title “Three Lycian Drachmae: The silver coinage of Lycia-Pamphylia under Domitian.”  This article can be found near the bottom of the list on the Archives page.

Three Lycian Drachmae, how sad, but it was all I could show at the time.  The scarcest, RPC 1501, had eluded me for years.  Right up until a month ago.  Here it is now-- 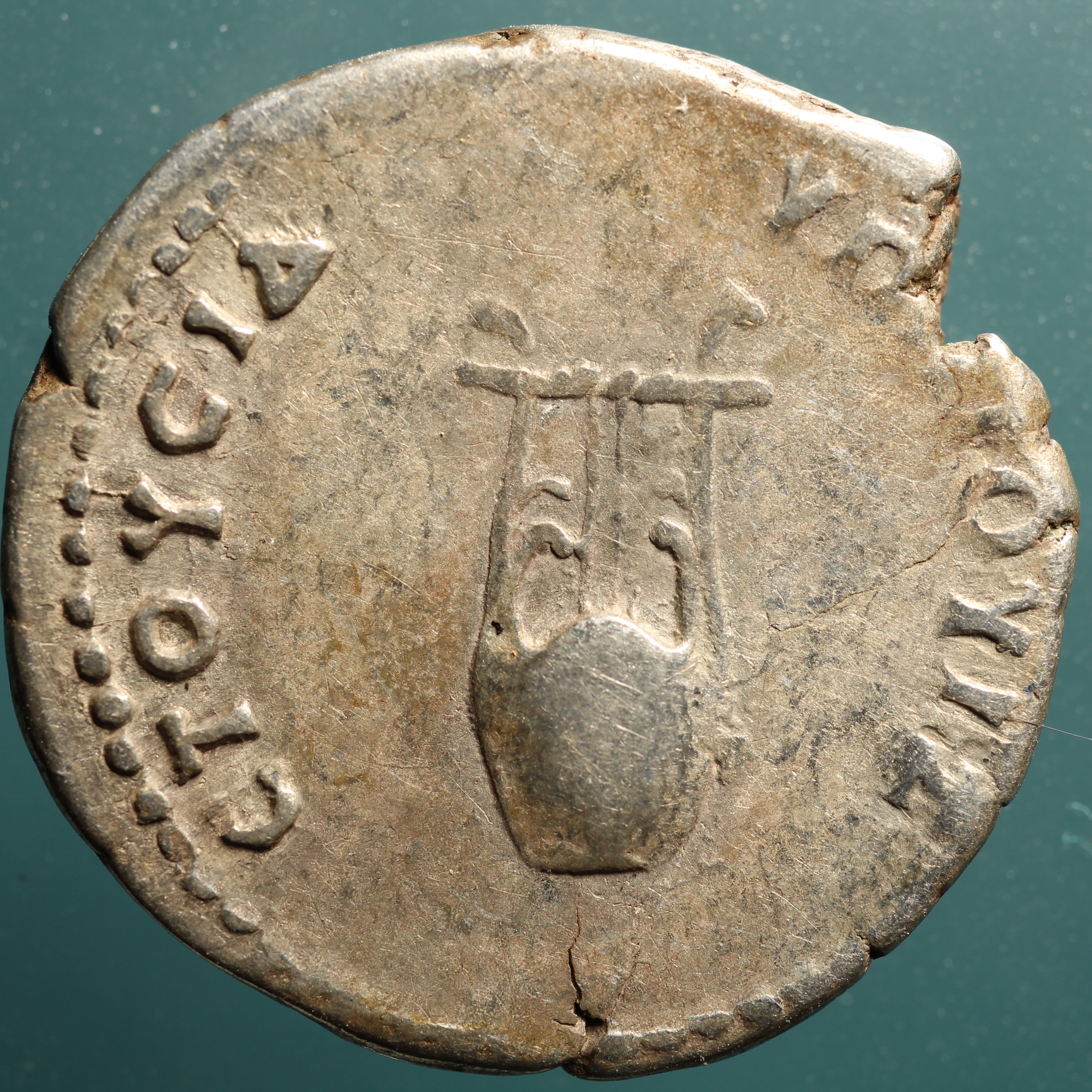 The search for this rarity was a strenuous affair.  In fact there was one other example that I actually bid on twice, losing it in the first auction and then a few months later losing the darn thing again when the very same coin reappeared in a different auction.  I was second bidder in both auctions with the dubious honor of being allowed to set the price each time, each time just barely beyond my limit, each time just barely out of reach.  That particular coin wasn't any nicer than the one I ended up with, and mine was a bargain besides.  So everything worked out fine.

What differentiates RPC 1501 from the other three coins in the series is the reverse.  This coin depicts a single lyre, without any other ornament.  The lyre, of course, was sacred to the god Apollo.  Although born on the island of Delos, Apollo and his sister Artemis were worshipped fiercely in Lycia, its most famous shrine (the Letoön) dedicated to his mother Leto.

For the sake of completeness I now welcome the opportunity to show the entire set.  Here is RPC 1502 (I still say Domitian here looks just like “Q” from Star Trek: The Next Generation), a lyre and a laurel branch-- 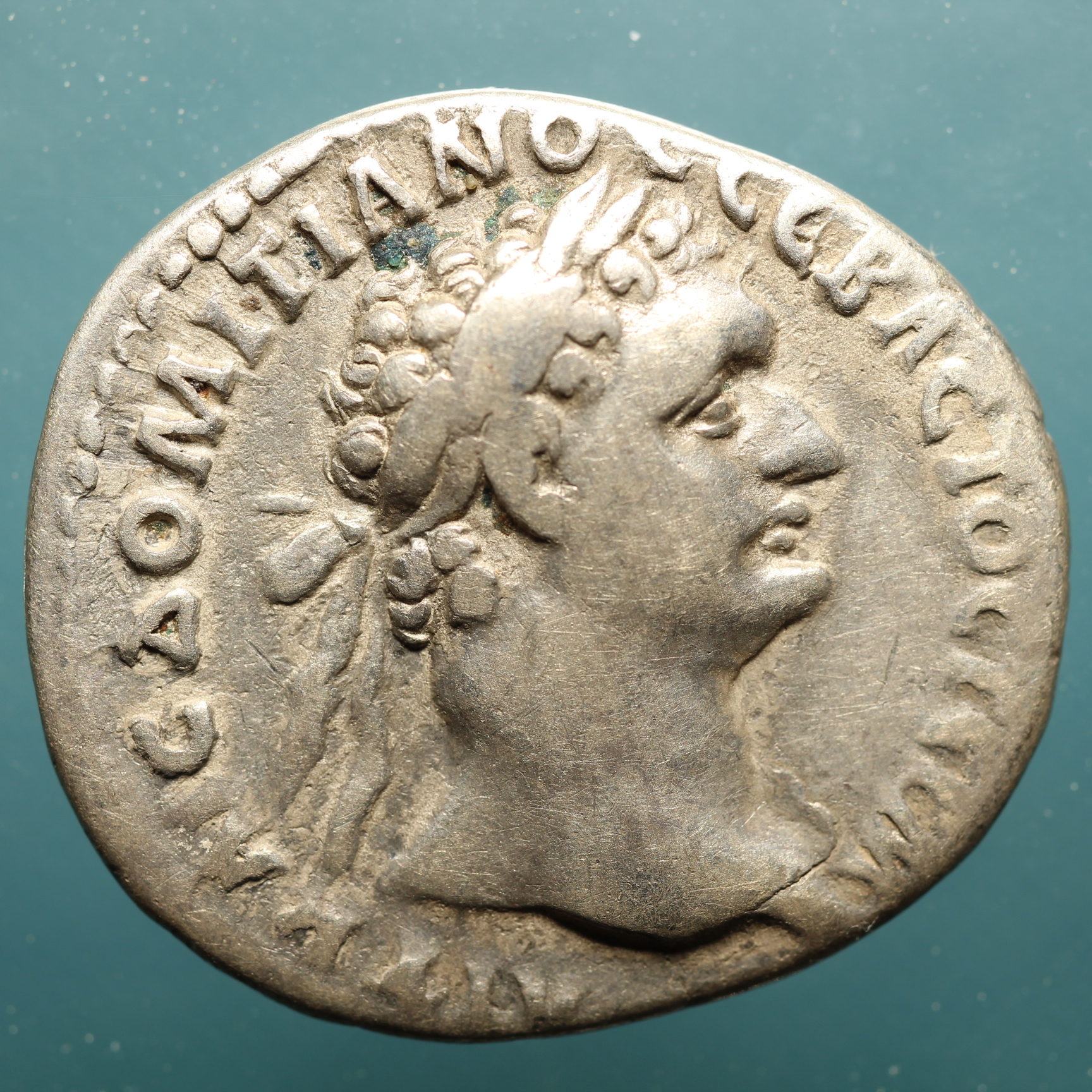 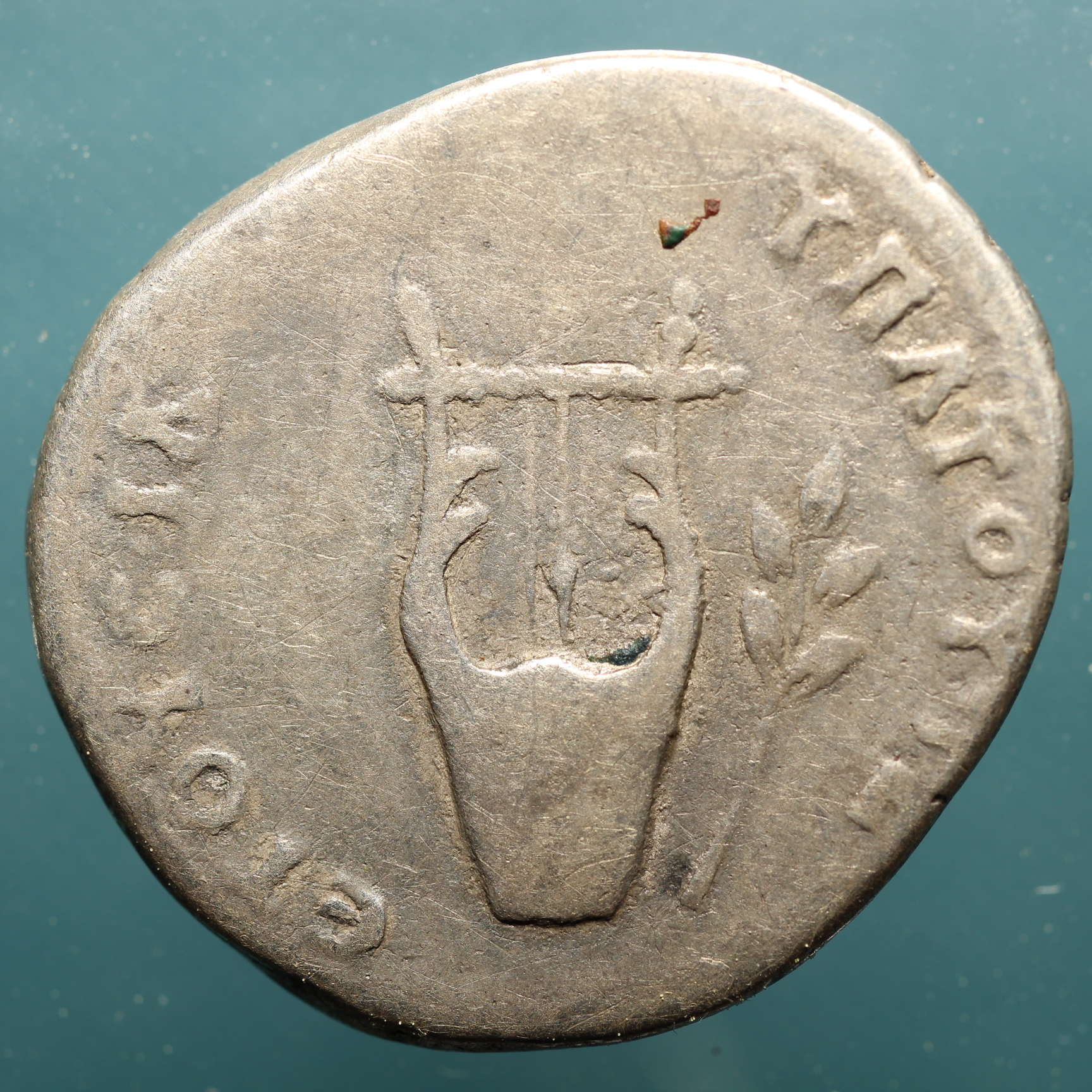 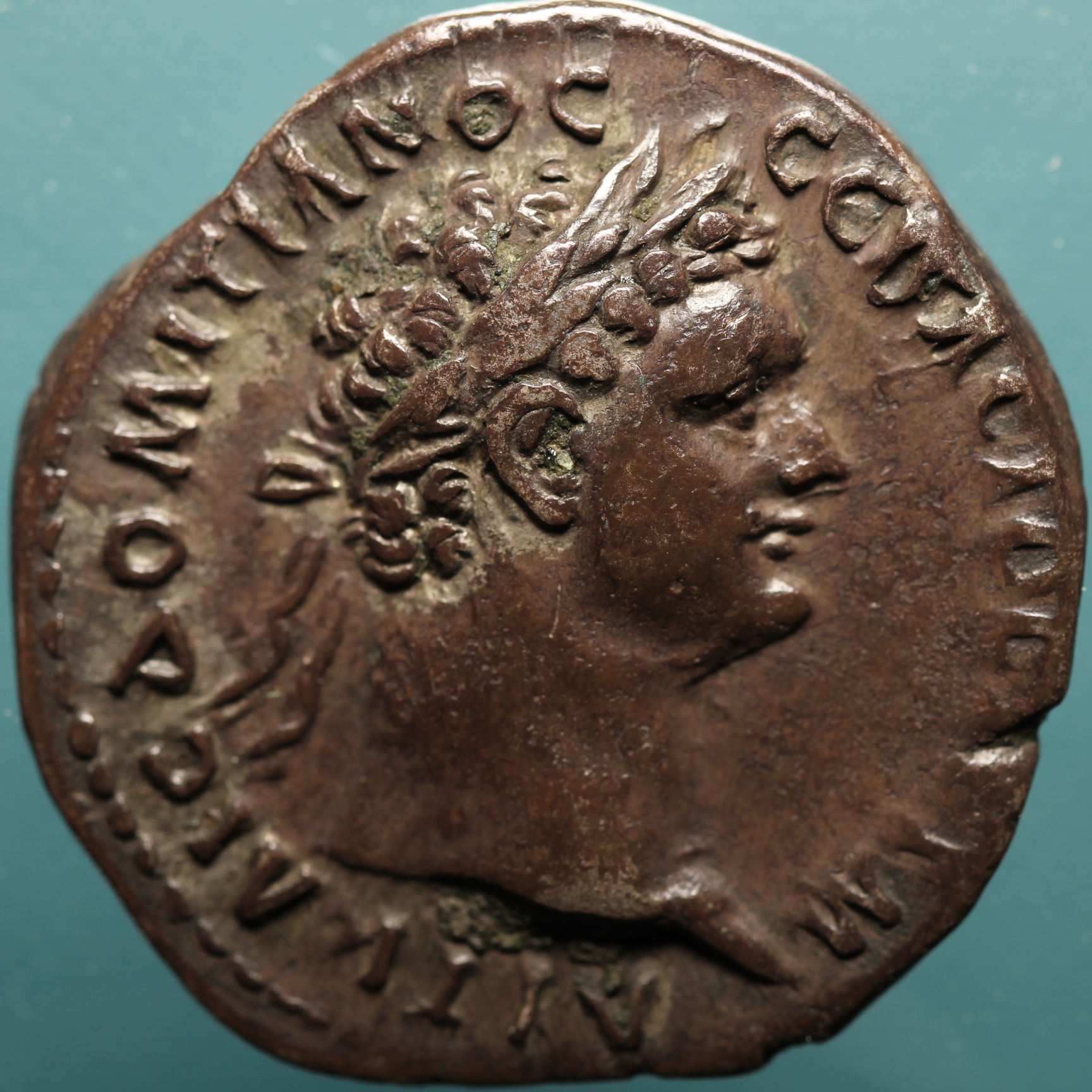 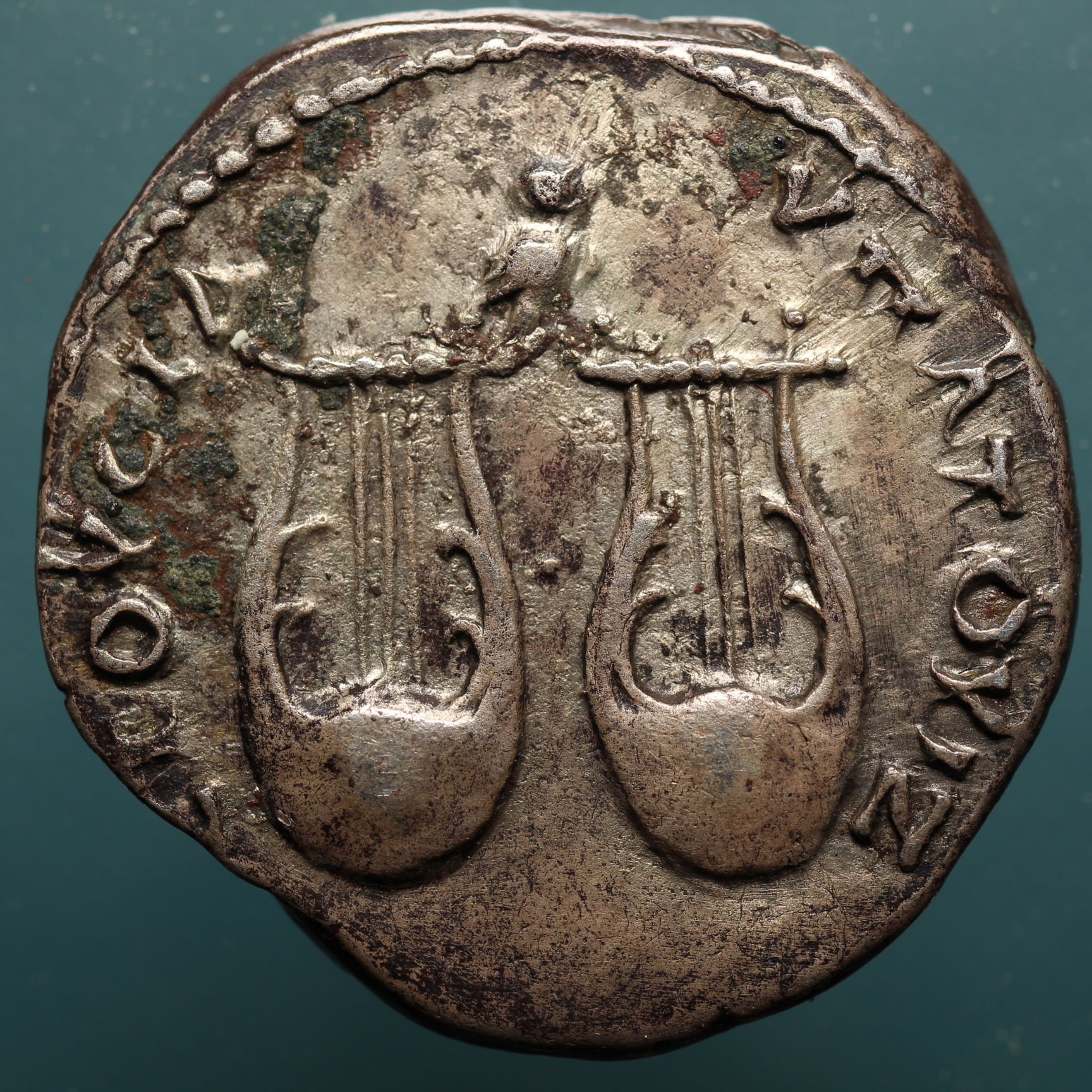 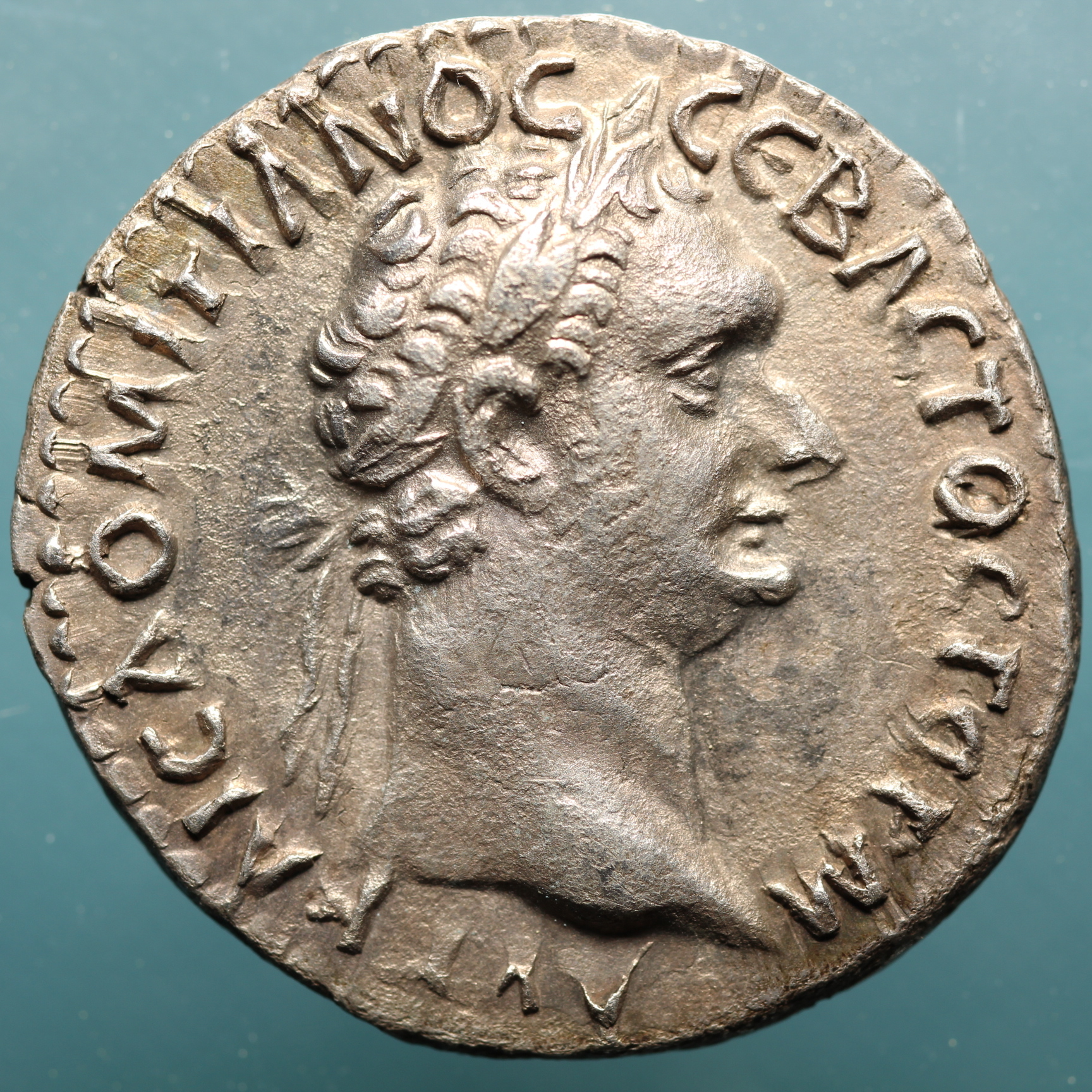 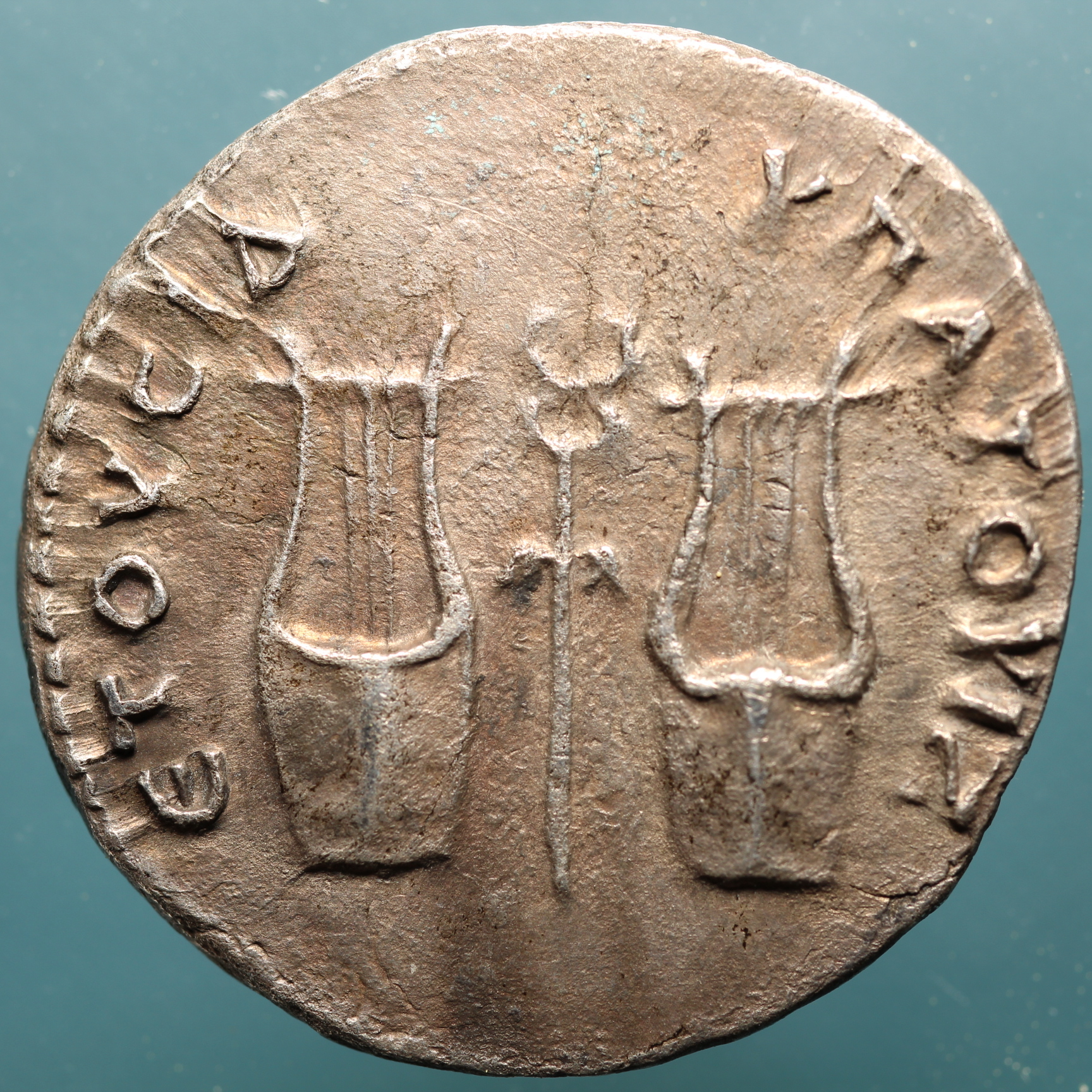