Is that a thunderbolt on her shield? 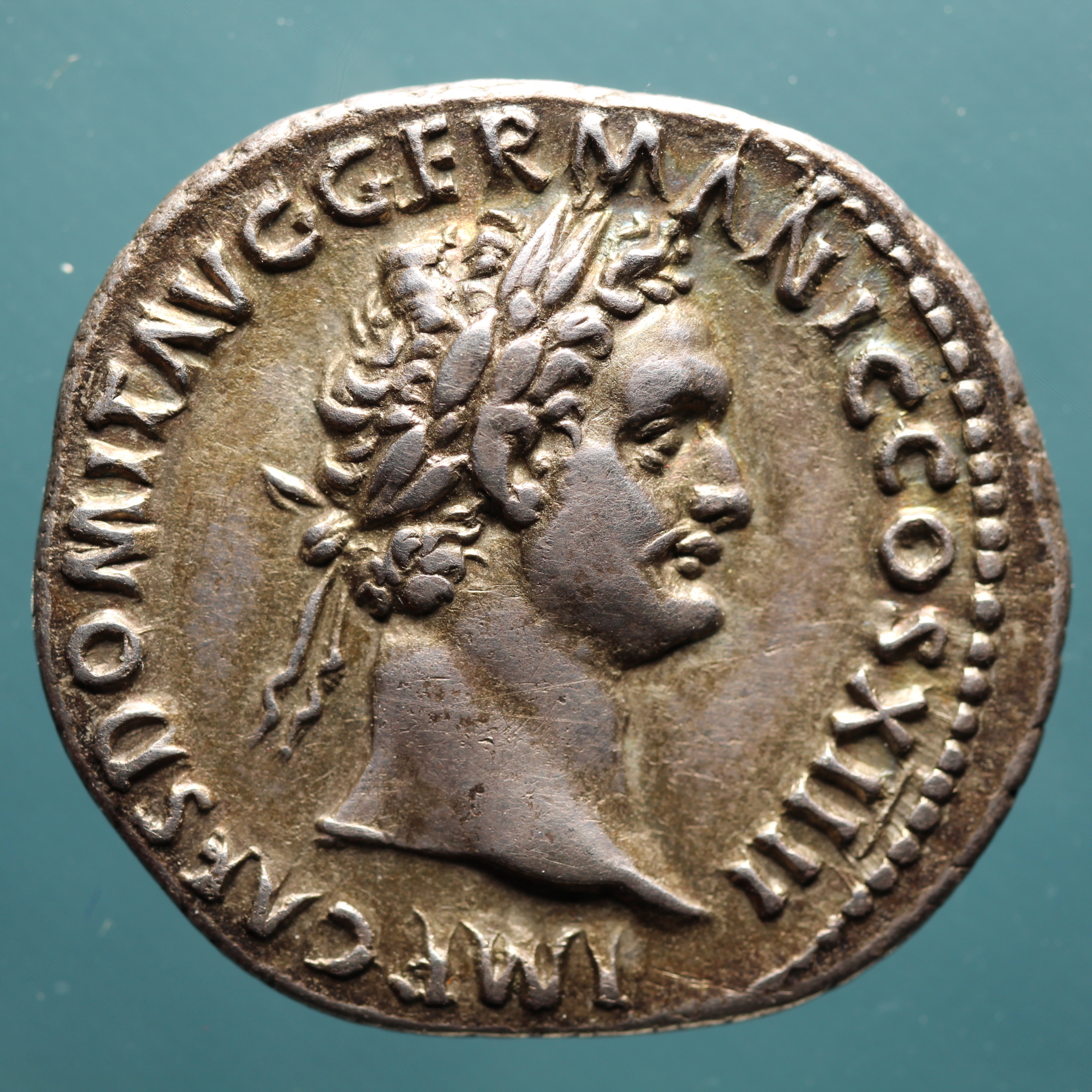 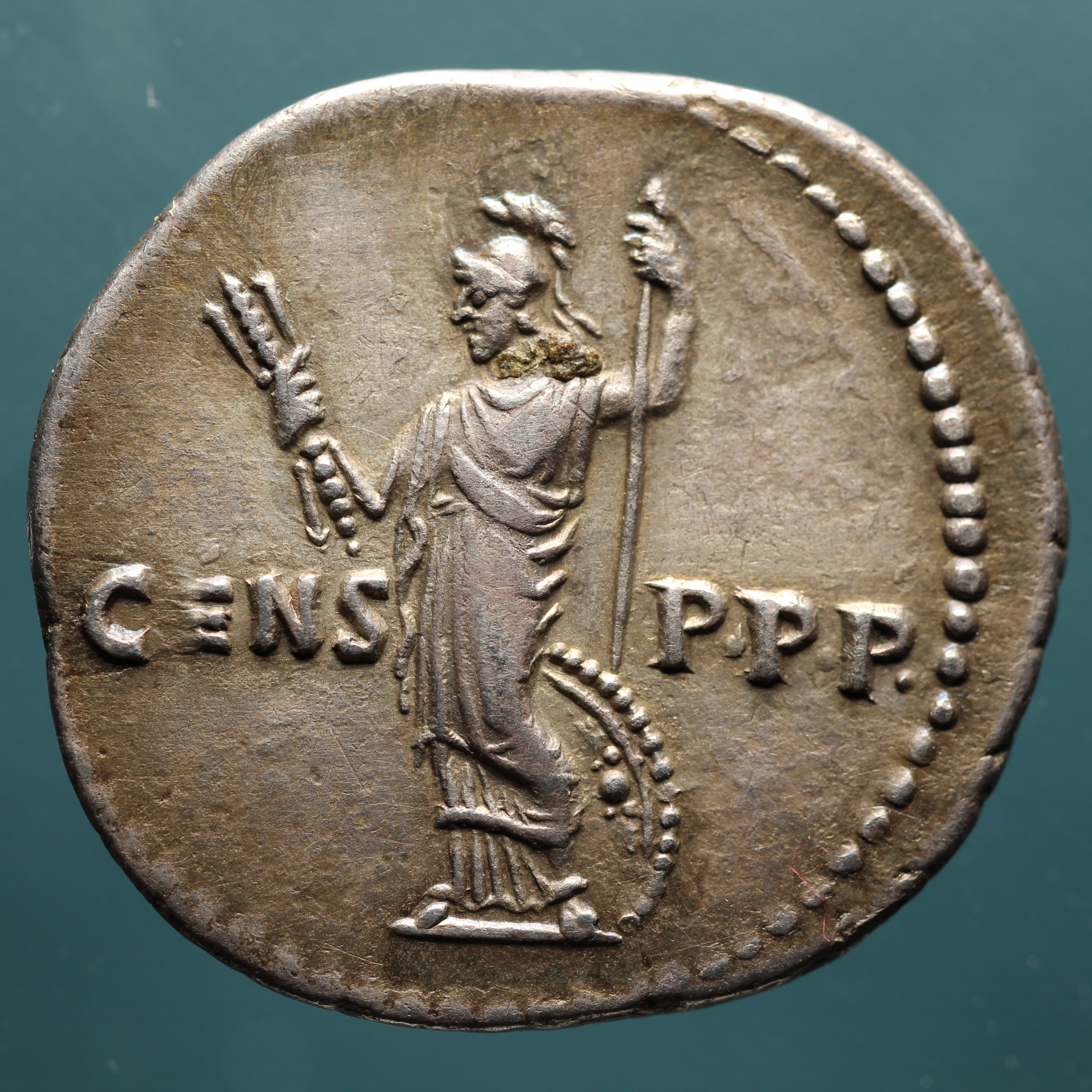 Domitian is definitely smiling on this one, or is that just a milk moustache?

The usual pellet or pellets on the shield, a convention engravers employed to indicate a detail too intricate to adequately portray in such a small space--in this case I used to think snakes, but now I'm considering a second inappropriate thunderbolt--are more elaborate than usual on this coin.  Let your cursor hover over the image to allow the magnifier to kick in and you will see what I mean.