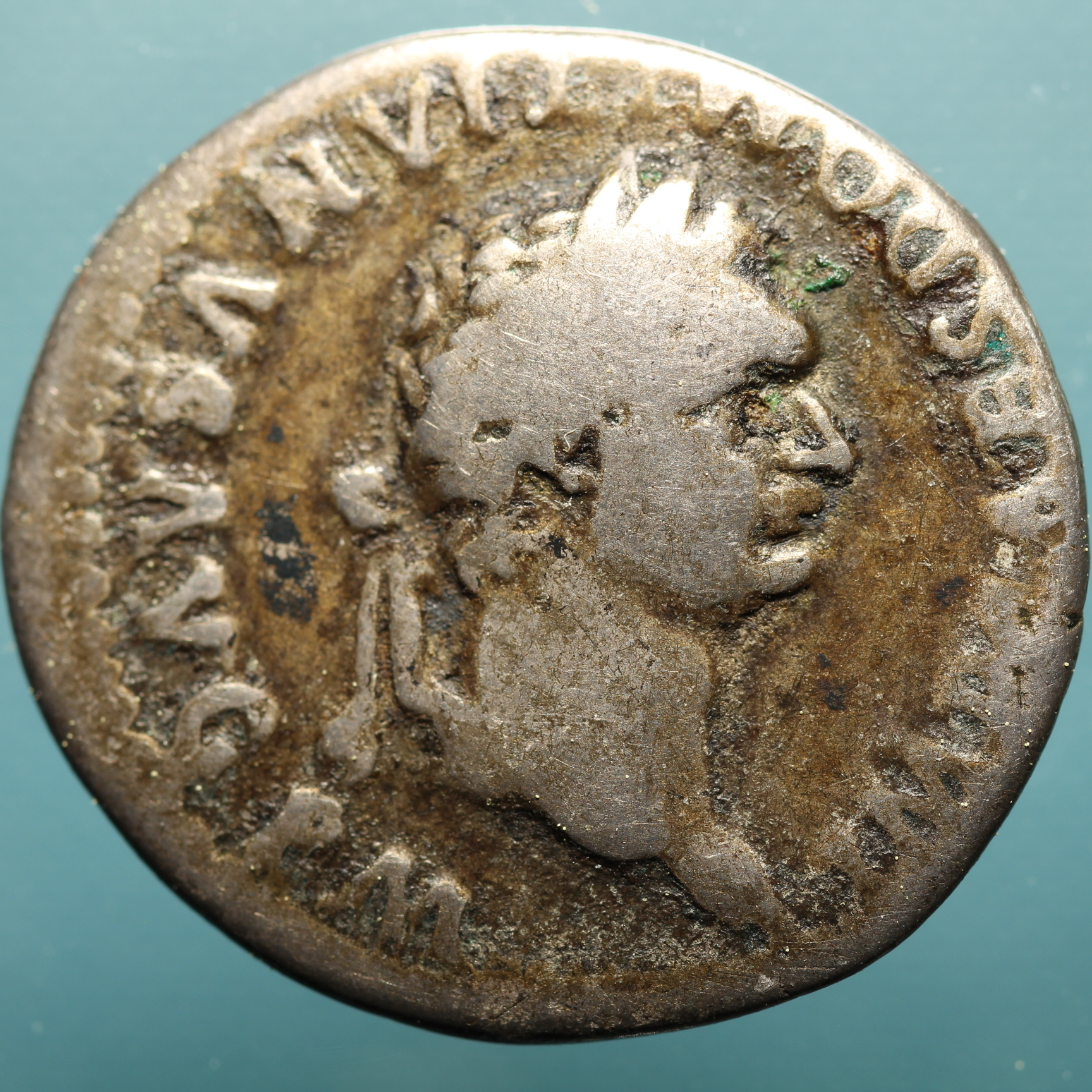 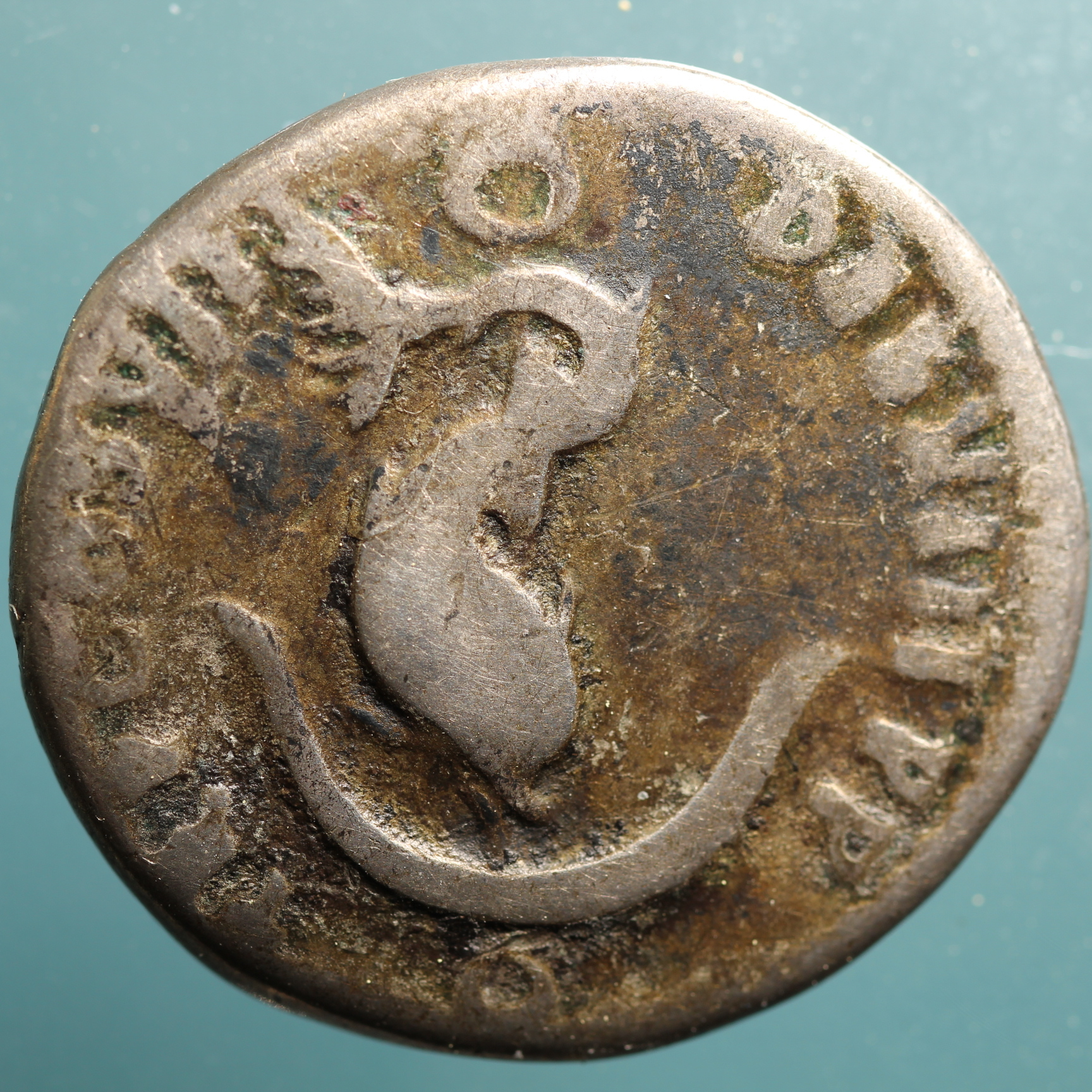 BMC 21 and BMC 29, both with dolphins and anchors, have this same orientation.  Of course these are different varieties with different inscriptions.  The two BMC coins, and this third one of mine, seem to be the only denarii of Domitian that the Roman mint struck "upside down" like this, at least the only ones I have ever encountered.  Ladies and gentlemen, double-check your collections for up-facing dolphins!

More about this coin in the Archives on this website, June 17, 2018, "Domitian Denarius RIC 54 var: Heavens, Christians at the Mint!"