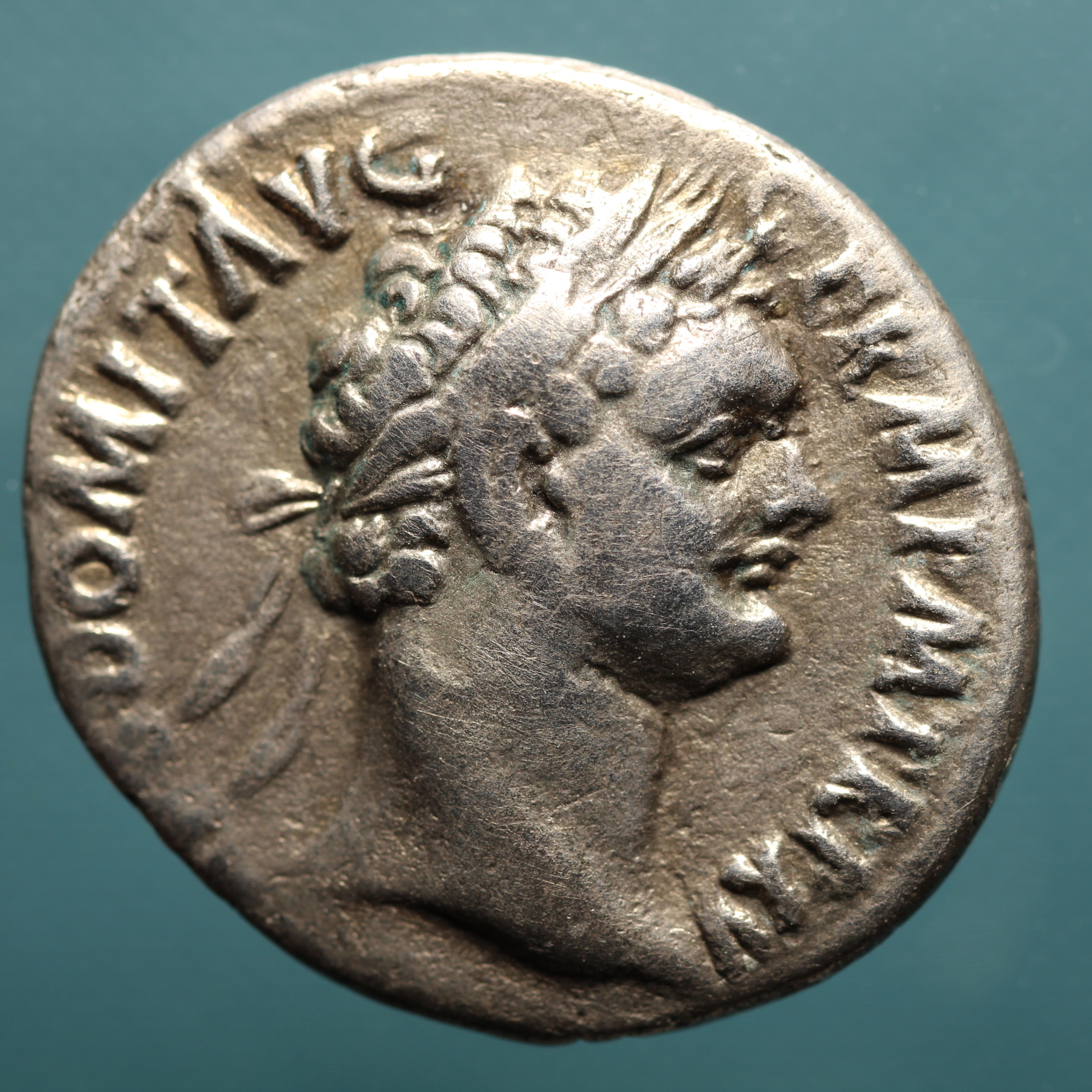 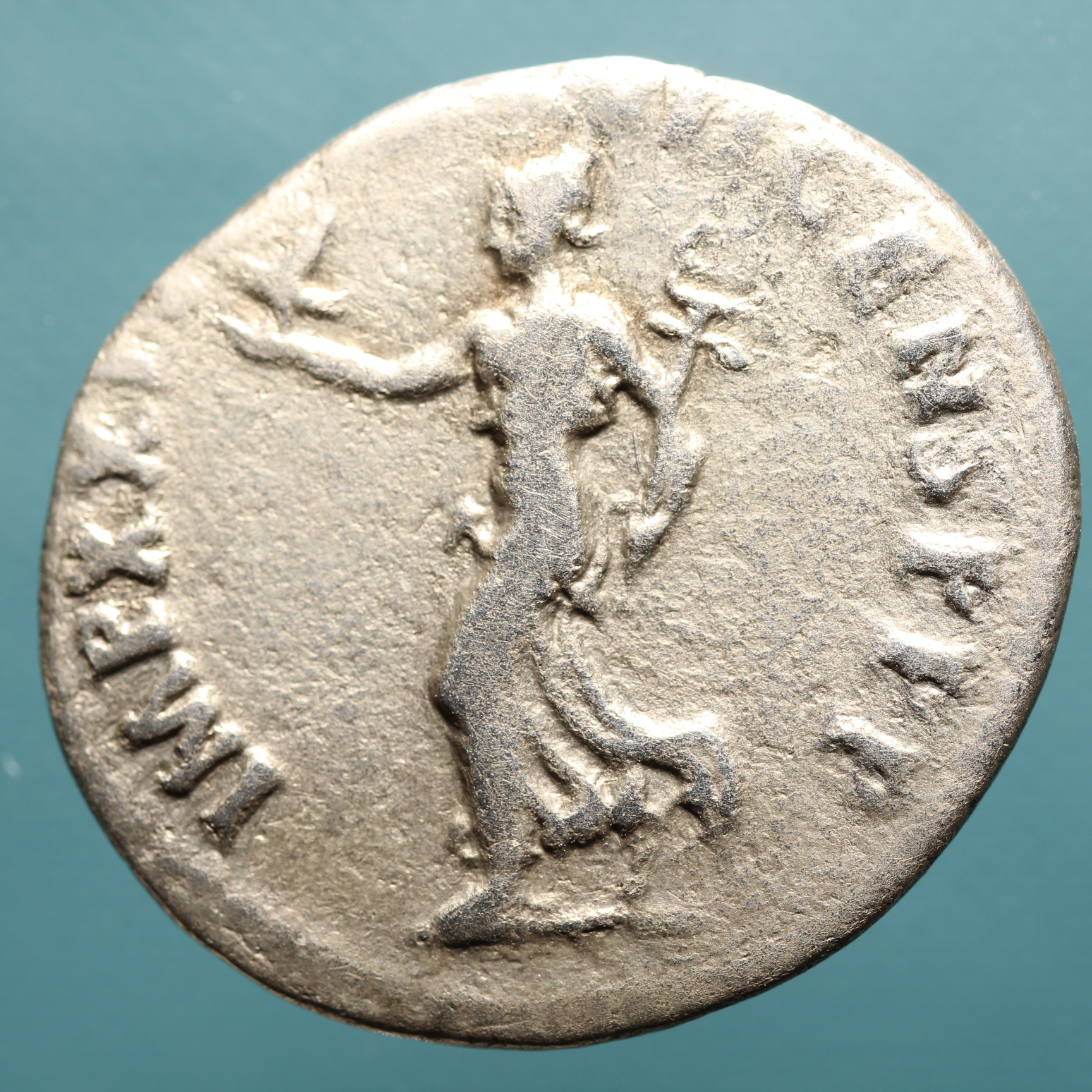 This reverse has only recently been identified as Maia, mother of Mercury.  I believe the identification is excellent.  This reverse demonstrates the complete syncretization of Greek myth with Roman religion by the first century.  Ancient Maia, the ever-young goddess of Spring and growth, and ancient Mercury were both Roman dieties but had nothing else in common with one another.  However Greek Hermes had as a mother one of the Pleiades sisters whose name also happened to be Maia, so when Mercury and Hermes became Mercury/Hermes the two goddesses also became conjoined as Maia, goddess of the springtime, who is portrayed here carrying the caduceus, her "son's" attribute.  Her festival was in May.

More about this coin in the Archives on this website, June 24, 2018, "Domitian Denarius RIC 786: A commemorative coin celebrating the Festival of Maia, May 1, 96 A.D."