This coin, dissected for science! 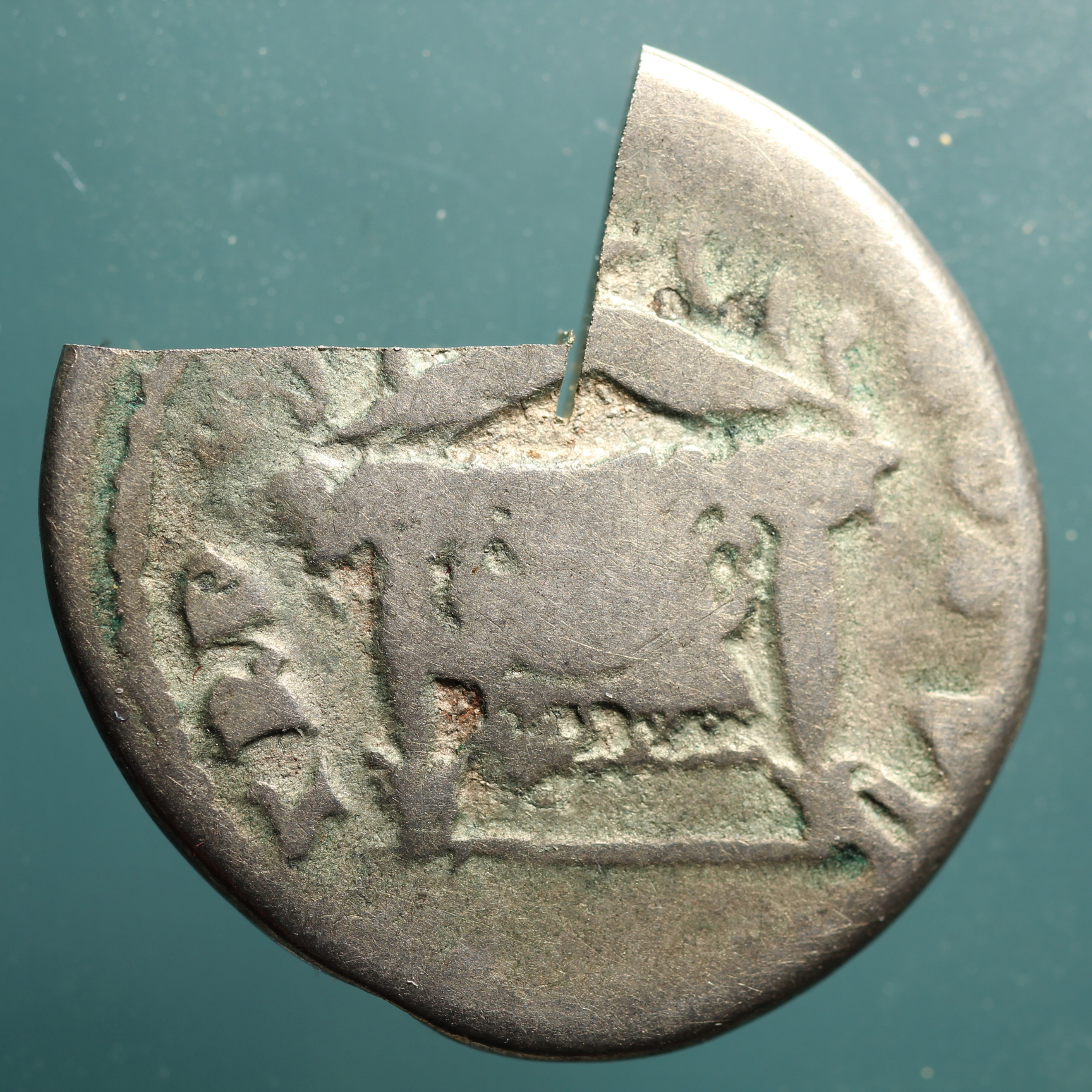 A quarter of this coin was cut away so that its metallic composition could be tested and published by K. Butcher and M. Ponting, The Metallurgy of Roman Silver Coinage: from the reform of Nero to the reform of Trajan, Cambridge, 2014.  This coin = coin M41, p361ff.