This coin cited in RIC, R3. 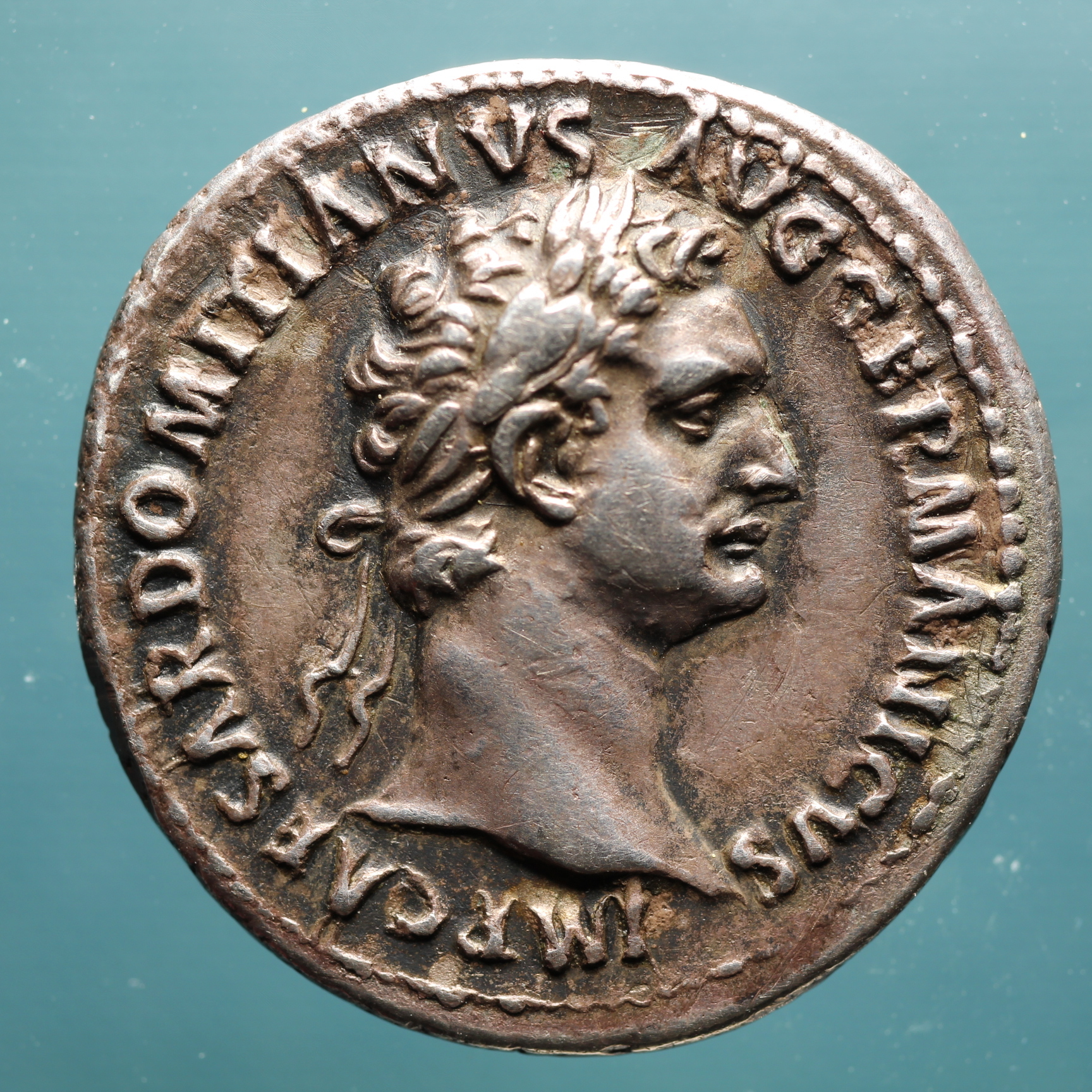 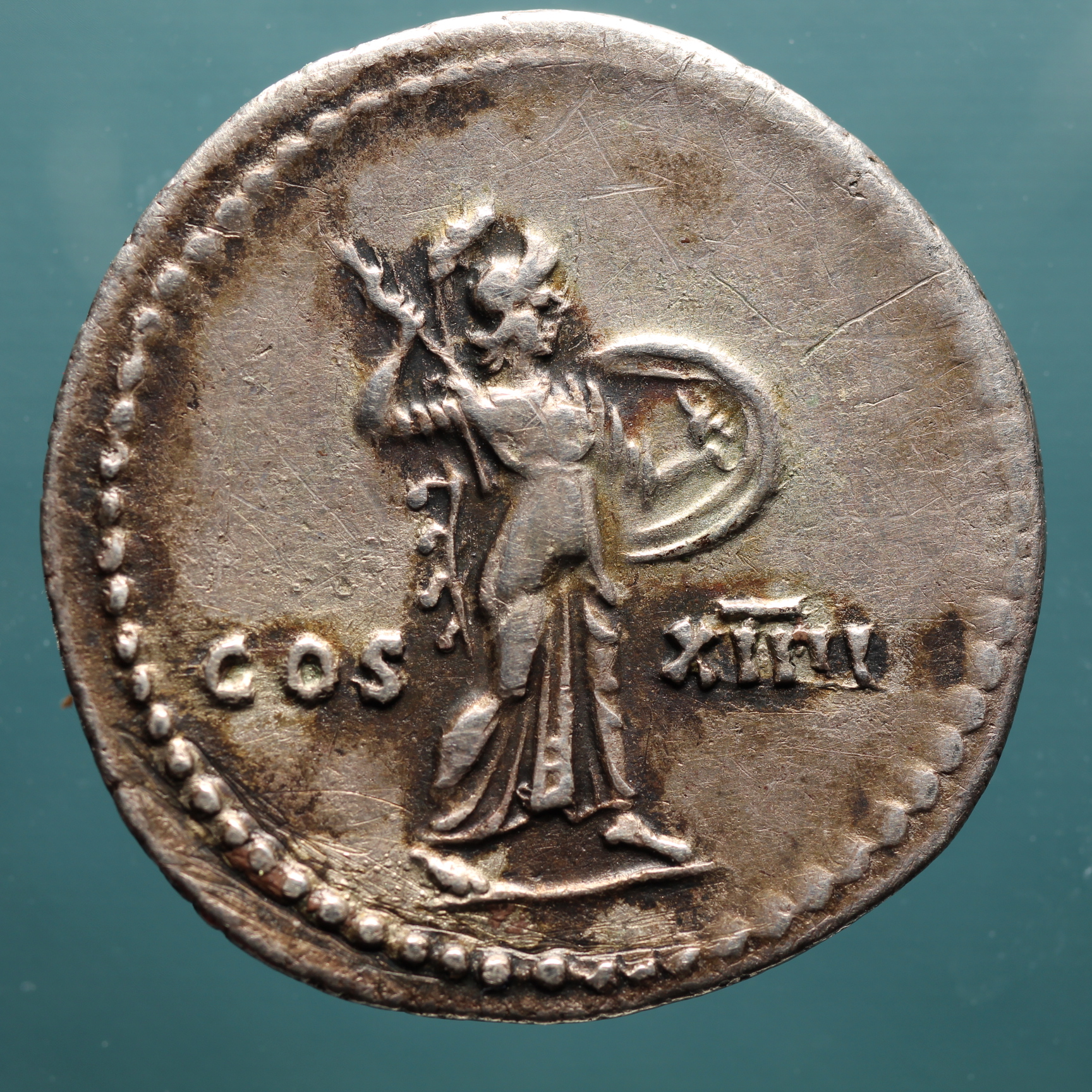 Soon after I bought this coin in the CNA auction in 1989 I lost my numismatic interest, stopped collecting, and put all of my coins into a resealable sandwich bag which I stashed in my sock drawer.  Over the years I sold a few of them on eBay, sestertii mostly, which I would dearly love to have back!  But mostly I forgot about them.

Then in 2015 Jill, a friend of mine from church, asked if I had anything that the kids could "excavate" in a sandbox for the hands-on portion of our Biblical archeolgy unit.  I thought about my little baggie of coins and volunteered that.

When I got them back again I spread everything out on my dining room table and tried to see my accumulation of Domitianic coinage with fresh eyes.  I was divorced now (wives notoriously hate coin collections and I'm beginning to find out that girlfriends aren't overly fond of them either) and looking for something fun to do in my (temporary, it turns out) retirement from the practice of art-creation.  It looked as though I might have the nucleus for a nice little collection here, so what I did next did was buy some books.  Including RIC.

To say that I was surprised to see my coin cited--no picture, unfortunately--would be to put it mildly.  I am so glad my little RIC 563 wasn't lost in the sandbox!