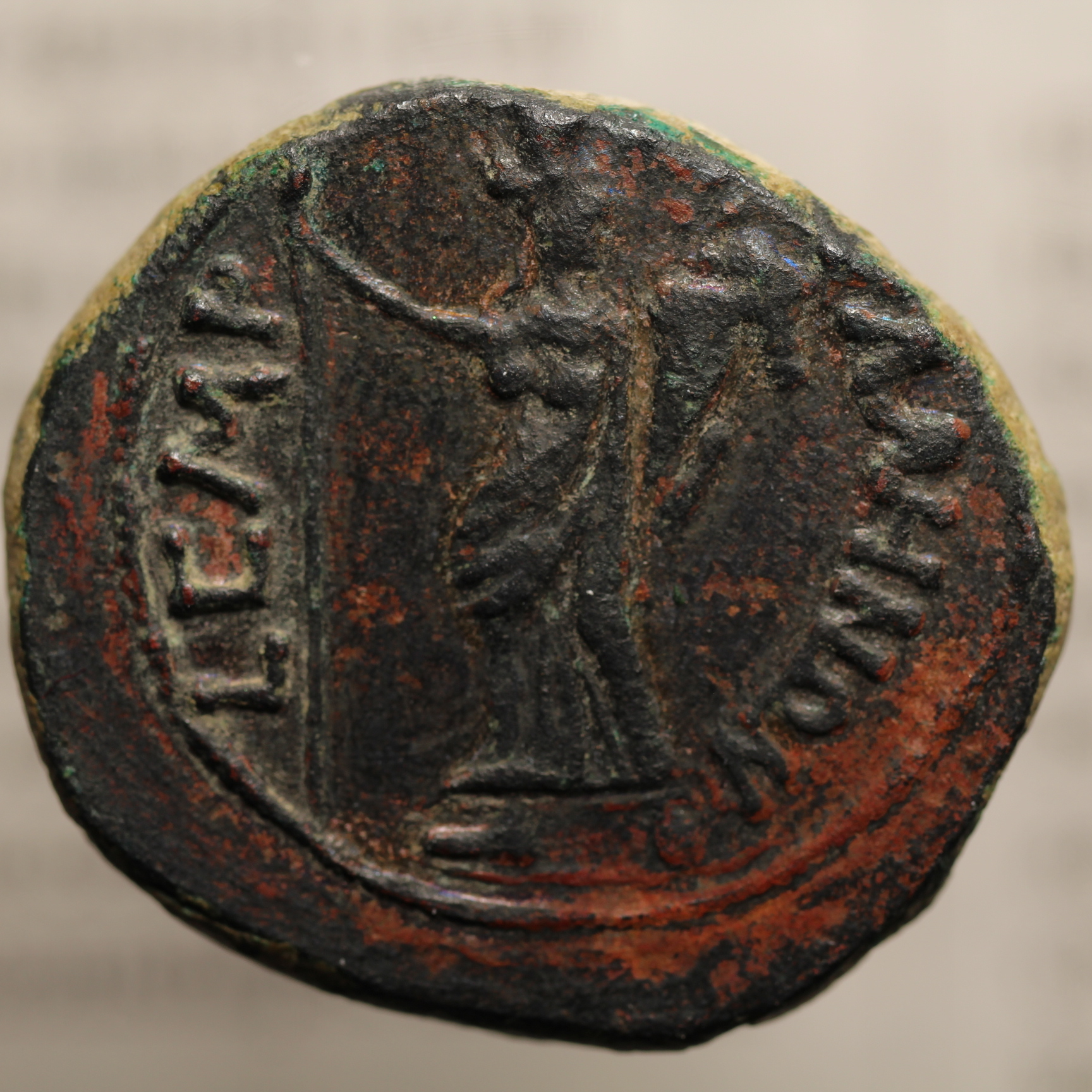 The date is interesting, CY (City Year) 145, E=5, M=40, P=100, which translates in Domitian's RY (Regnal Year) to 81 A.D. overlapping to 82, so very early in the reign.  Something else I find interesting, the date is prefaced with what looks like an L, which of course is not a Greek Λ, lambda in English.  I have been given to understand that this symbol is an Egyptian hieroglyphic meaning "year," but, if so, what is it doing on this coin from Pella?  And on further observation, on coins from several eastern mints.

This is only the second known specimen of this variety.  The other is in the Studium Biblicum Franciscanum Library in Jerusalem and is in worse condition than this one.