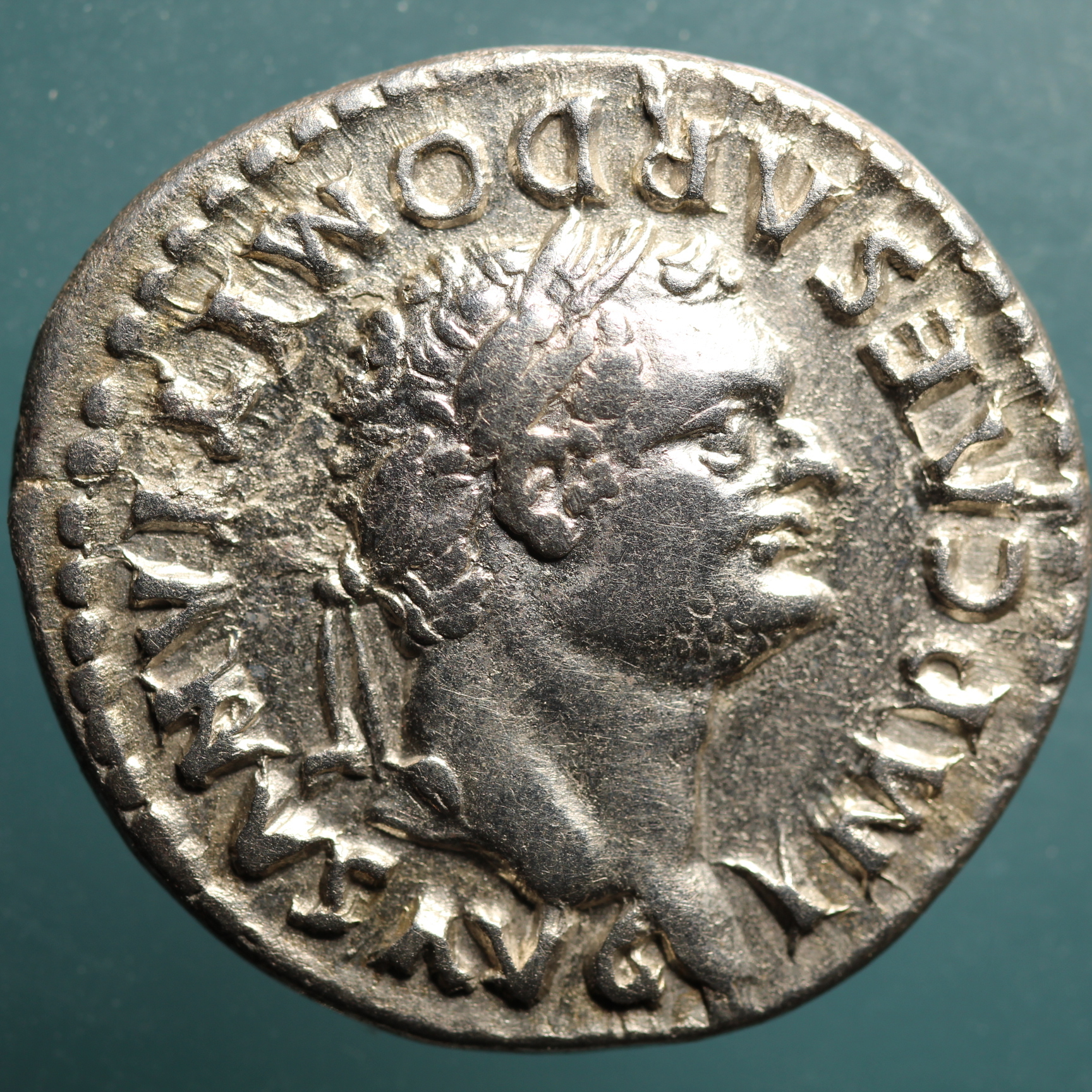 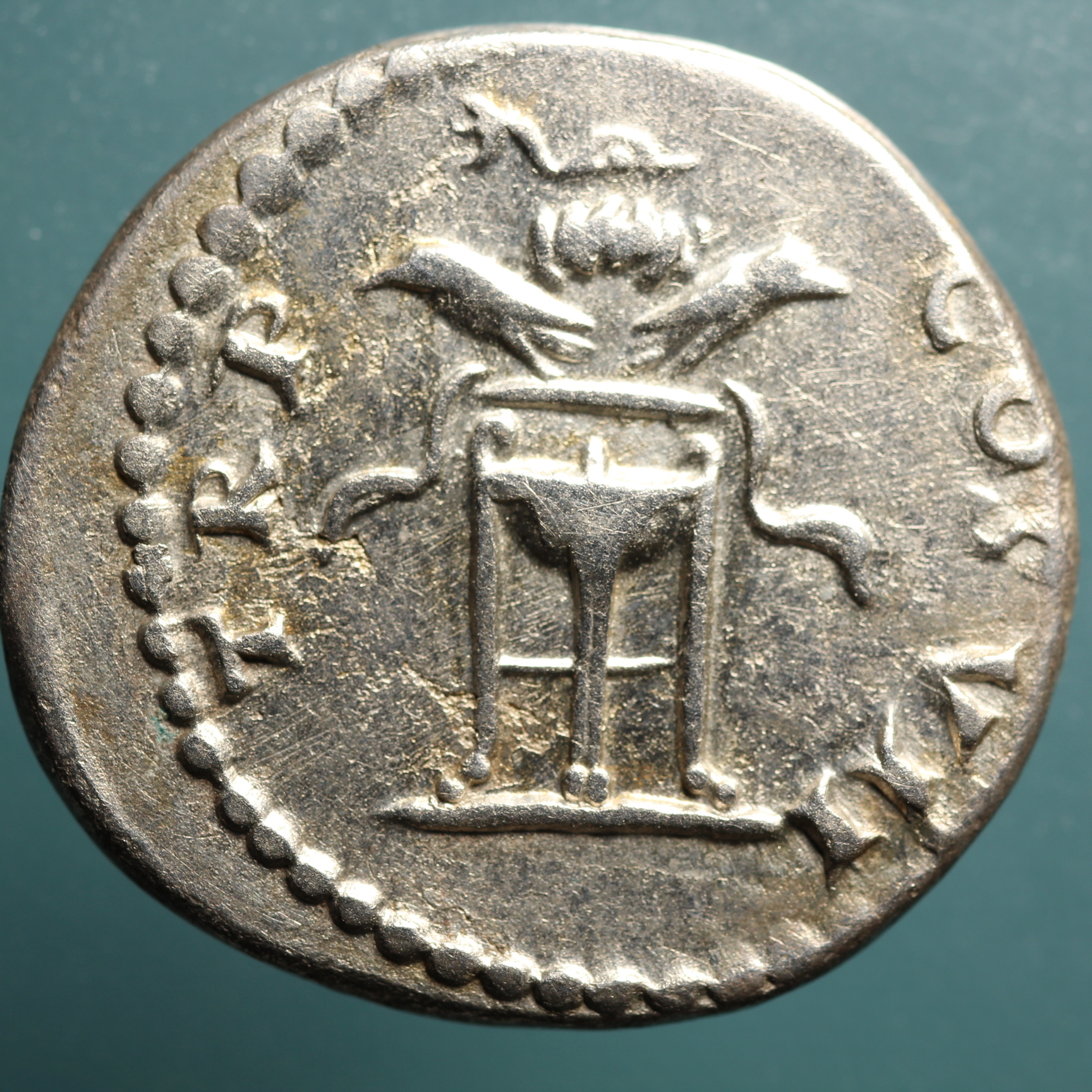 IMP CAESAR DOMITIANVS AVG, head laureate right; TR P COS VII, either the emperor's hands placing a wreath into a three-legged brazier or chafing dish beneath a dolphin-shaped lid, ribbons of smoke spilling from the brazier (or else it's just a dolphin, a wreath, a couple of ravens, and a tripod), furniture of the Temple of Apollo.

It is my revised opinion that the engraver is having a little joke, so that the ravens are hand-shaped, allowing ambiguity between the actual process of reducing a laurel wreath to ashes and ravens, mascots to Apollo.