For we all know that the newest and most exotic is what's most interesting to us.

And also everything unknown seems magnified. 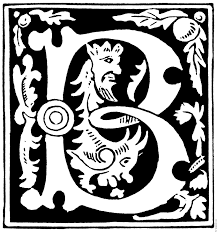 Y THE YEAR 87 the emperor Domitian had accumulated fourteen imperial acclaimations (IMP XIIII), thirteen consulships (COS XIII), and seven years of tribunican power (TR P VII), all of which, and in addition to all of his other honors and official titles, appeared in Roman numerals on his silver denarii.

The Roman numerals were beginning to stack up like nobody's business.  Mint officials were growing alarmed.  According to one wag in the Engraving Dept., "Eventually we're going to need two coins to hold all of this information!"  Someone else made the more reasonable suggestion, "Perhaps we don't need to include every single honor and official title on every single coin.  We could highlight just one or two."  The result of this suggestion during the next two years produced some of the most beautiful coin designs of Domitian's reign.* 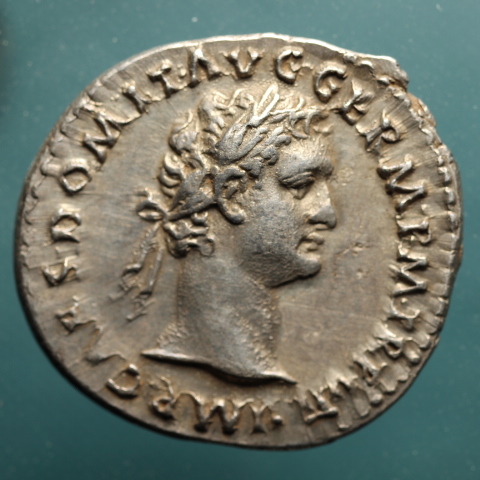 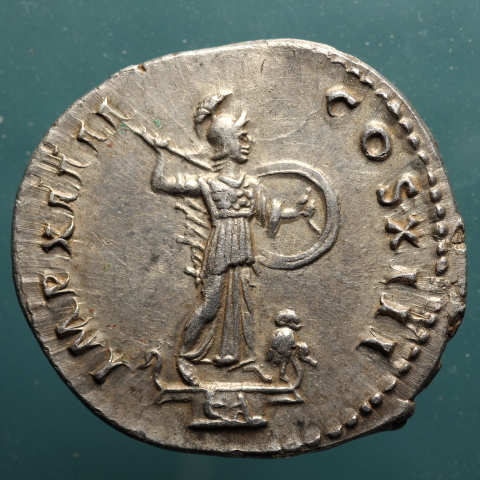 I don't believe that this was a mint error.  The engraver didn't forget to include CENS P P P, Censor for Life and Father of the Country.  The balance of the design, IMP on the right COS on the left, and the fact that it was struck during the time of redesign (albeit early) both argue that this was a deliberate choice.  In my opinion this is an unpublished reverse inscription.

Here are four other reverses struck during the following year of 88, RIC 554, RIC 563, RIC 565, and RIC 568, each highlighting either a single official imperial title or else two imperial titles.  Note especially the fourth example, RIC 568-- 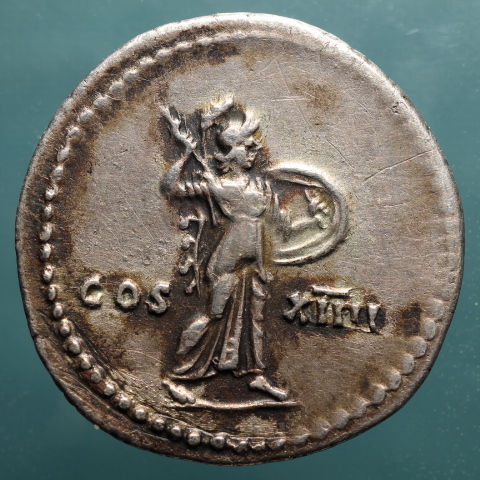 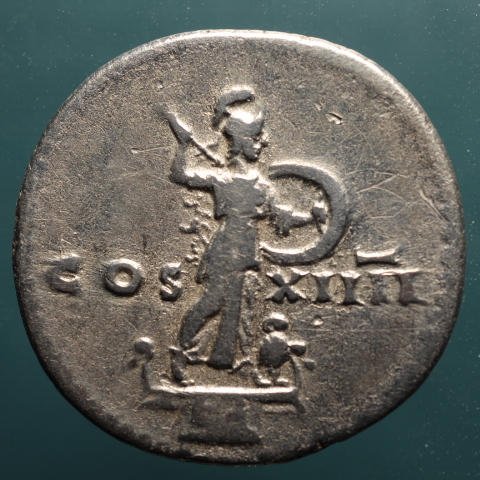 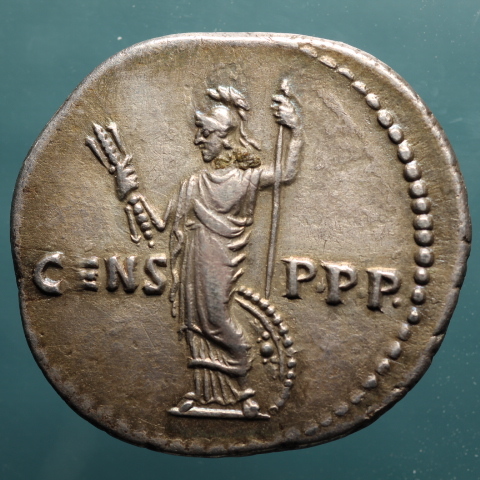 This fourth example, RIC 568, side by side with the featured coin, RIC 518 var, contains all of the regular reverse information on two coins, as suggested by my hypothetical wag at the mint!  But first, on the left and just for the sake of reference, I am including the reverse of a standard issue coin from 87, RIC 519, which includes the inscription in its ordinary entirety--

The old coin photographs in the Hazelton coll. section of this website are starting to be replaced by new photographs that I am taking myself.  At the same time I will be adding more new coins from my collection, so please take a moment from time to time to see how that whole process is progressing.

This might be a good time to thank my friend Bill Daehn of the Twin Cities Ancient Coin Club for sharing the notes from his excellent presentation to the club about numismatic photography and for letting me see a tear-sheet from his own coll.  In fact I was so impressed with his design that I asked Paul my web guy if we couldn't do something similar on my own coin I.D. pages.  The result was a lot of plagiarism and some outright theft, including using a blurred colored background for the coin images (I used the back cover of RPC for mine), a colored subtitle, and a little colored box which I'm using for personal and/or numismatic notes and which Bill uses for something else.  (RIC 568 provides a perfect example of all of these borrowed innovations.)  Of course it is my hope that, my having given credit where it's due, Bill will consider imitation to be the sincerest form of flattery and forgive me for it.

*Coins of a similar design had been produced in Domitian's name as Caesar, but these are outside the scope of this website and the interests of this author.